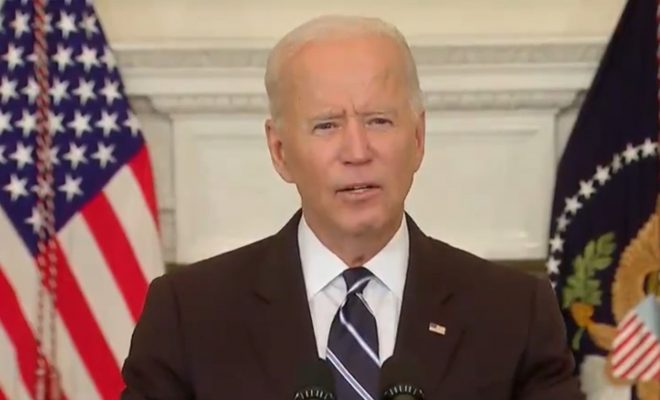 Is there something going on with Biden? Not the usual dementia-ridden tirades, but something else?

Sources claim that he hasn’t done a press interview in 100 days, and I wouldn’t either if the country I were ‘presiding’ over was suffering from record inflation, geopolitical tensions, and an inbound recession.

The Daily Mail puts his current approval rating at 39%, and while I respect the Mail, these are propped-up numbers, his actual approval rating is likely somewhere in the low 20s.

With all of the chaos resulting from the policies of his administration, Biden still had time to sign away $40 billion to Ukraine while on a recent overseas trip…

Meanwhile, Friday marks 100 days since Biden last gave an interview to the press.

His last sit-down interview was with NBC’s Lester Holt ahead on Feb. 10 ahead of the Super Bowl.

Biden has held press conferences since then and taken questions from individual reporters (he averages about 10 per year), but has failed to sit down with a news outlet to give longer-form answers and allow for follow-up questions.

Overall, only about 2 in 10 adults say the U.S. is heading in the right direction or the economy is good, both down from about 3 in 10 a month earlier.

Those drops were concentrated among Democrats, with just 33% within the president’s party saying the country is headed in the right direction, down from 49% in April.