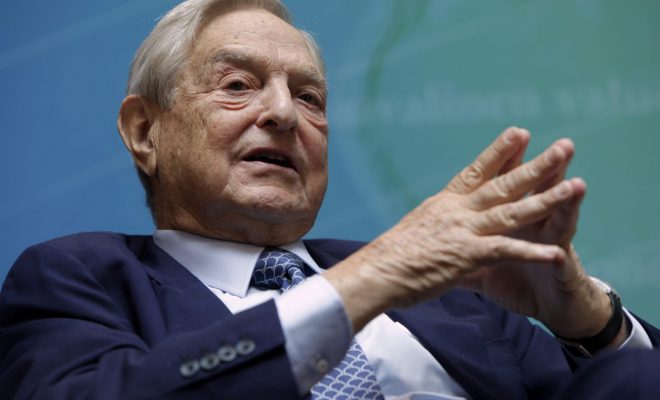 WATCH: George Soros ADMITS He and Biden are “deeply involved” in Ukraine

The shadiest man alive, far-left mega-donor and globalist billionaire George Soros, explains the situation in Ukraine by admitting to his and the Democrats’ deep involvement in the war-torn nation.

“Our best foundations, refuse to leave. And thy are leading society. I also want to mention that there is one person who is very deeply involved in Ukraine, and that’s Biden. In fact, I got to know him when he got to Ukraine. He had a lot more patience than I have. Biden kept on trying to convert Poroshenko [the previous president of Ukraine] into a Democrat,” Soros says.

91-year-old Soros admits that he and Biden have tried to play a pivotal role in influencing Ukraine’s political landscape, even before the war. He also confesses that one of his best foundations, based in Ukraine, has played a key role in their involvement in the eastern nation.

We already know that Hunter Biden was involved in Ukrainian energy firms despite having no experience. And we already know that George Soros, as well as other Democrat and radical left “philanthropists” have set up foundations which, essentially, perform money laundering for elections through Ukrainian Biolabs.

The deep involvement of shady leftists in Ukraine since before Russia’s invasion was already known to some, but that Soros openly admits it adds a layer of vindication to what they have desperately tried to label as a conspiracy theory.

The Bidens and the Clintons, Soros and Bill Gates, are all involved in Ukraine. They have a vested interest in the nation, which supersedes their interest in the United States.