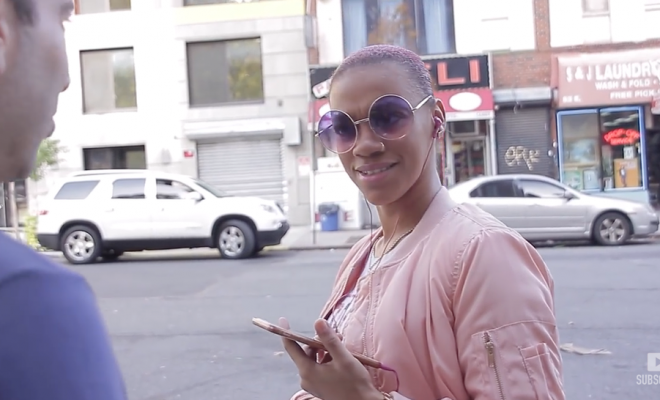 As Democrats continue to push back against GOP efforts to require identification for voters, claiming such a standard is “racist,” on-the-street reporting from 2016 by Ami Horowitz has again become relevant.

Horowitz took to the streets of Berkeley, California, to ask white liberals about their views on voter ID, and, to no surprise, they all said the requirement was racist. Some of the reasons they gave as to why included black Americans’ apparent lack of access to the Internet, lack of access to the DMV, and a general lack of knowledge about how to access identification.

“These type of people don’t live in areas with easy access to DMVs and other places where they can get identification,” one man argued.

A female said, “For most of the communities, they don’t really know what is out there, just because they’re not aware, or they’re not informed.”

But when Horowitz asked black Americans in Harlem, NY, about voter ID and presented white liberals’ arguments against voter ID laws, their answers were vastly different.

“Everybody I know has ID,” one man said.

A younger male said he of course had ID, as do all of his friends.

Another woman said she doesn’t know any black adult who does not have state identification, when asked by Horowitz.

“Is it a weird thing to even say that?” asked the reporter. “Yes, it is,” she answered.

“Is this some trick candid camera thing?” one man asked Horowitz, as he and a woman pulled out their state IDs.

When Horowitz asked if black people know where the DMV is and how to get there, two men looked at the reporter in disbelief and gave him the street name of their local DMV. Another woman laughed too, saying she knew where the DMV was and could get there if she needed to.

“What does that say to you for people that have this perception of black people?” Horowitz asked.

“Ignorant, very, very ignorant,” answered another female. “What people are they talking to? Who are these people talking to?”

“I think it is a little racist, because you’re putting people in a category and you have no idea what you’re talking about,” another person said.

“Maybe a little bit of racism in it, but like I said, I think it’s more stupidity,” one man told Horowitz.

He asks young white 20 somethings first, they looked like college students, then asks grown black people second. The point I want to know is what are schools teaching their students that makes them think like idiots?