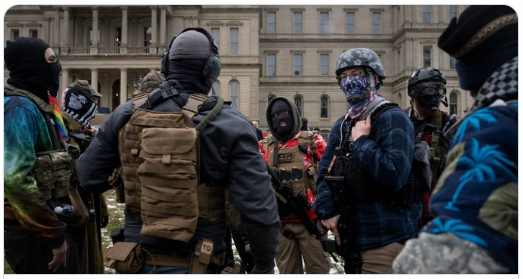 The calls for gun control after Tuesday’s horrific mass shooting at an elementary school in Uvalde, Texas, were both immediate and reflexive. For Democrats and liberals, there was no question their solutions would have prevented the violence — it was just a matter of shaming those who refused to adopt them.

Even President Joe Biden knew who was to blame. “As a nation, we have to ask when in God’s name are we going to stand up to the gun lobby?” he said in an ugly, divisive speech given hours after the tragedy. “When in God’s name will we do what we all know in our gut needs to be done?”

(We all don’t know what “needs to be done,” in part because some of us know the facts about gun violence — and how liberal gun control laws wouldn’t stop it. Here at The Western Journal, we equip readers with that truth every day. We’ll continue doing it, no matter how hard the left and Big Tech try to suppress the facts.

It wasn’t just the president, mind you: Politicians, pundits and liberal activists all insisted that Republican intransigence regarding Democrat gun control proposals was to blame.

We don’t have a full picture of what happened in Uvalde yet or what truly motivated the shooter — although what we can say with reasonable certainty is that he didn’t massacre a bunch of schoolchildren simply because he could legally purchase a certain kind of firearm. The core issue is largely one of mental health, something that restricting all access to guns wouldn’t even solve.

A tragic object lesson is the killings at a store in Kongsberg, Norway, last year — killings that, coincidentally, resurfaced in the news this past week.

Espen Andersen Brathen, 38, is on trial for allegedly killing five people and attempting to kill 11 more at a grocery store in the town, about 40 miles west of Oslo.

The killer didn’t use an AR-15, however, or any gun. Instead, this mass killing was carried out with a knife and a bow-and-arrow.

Police released video of the attack as part of his trial, which KFOR-TV picked up.

According to authorities, Brathen said he was going blind and that the murders would allow him to be “born again.” After shooting the bow-and-arrow at people in a supermarket, he fled the scene and stabbed numerous other people.

The man pleaded guilty at the start of the trial and said, “Everything, I admit everything,” according to Norway’s The Local, an English language publication.

The initial fear was that this was a terrorist attack; the day after the Oct. 13, 2021, incident, the country’s security service said he had been converted to Islam and was radicalized, according to the BBC.

However, it would later emerge that the alleged killer had a long history of mental illness. Three experts said he suffered from paranoid schizophrenia, and both prosecutors and defense attorneys have argued during the trial that he shouldn’t be held responsible because of his condition, arguing psychiatric commitment was a better option.

What’s the connection between this mass killing that happened without a gun and mass killings in the United States that did?

Just days after the attack, an acquaintance told Norway’s state broadcaster that Brathen had serious mental health problems for quite some time, according to the U.K.’s Sky News.

“Looking into the camera, he’s said to have confirmed he was a Muslim and described himself as a ‘messenger’ with a ‘warning,’ adding that ‘the time has come.’

“The friend said Braathen was a ‘ticking time bomb’ who changed in his late teens and became more of a loner who pushed people away.”

Mental health, not gun control, holds the key to reducing mass killings in the United States. Here, mass shooters tend to be profoundly disturbed attention-seekers who aim to hijack the national conversation and draw America’s eyes toward their pain by inflicting death upon others. They almost always succeed.

Democrats’ schemes wouldn’t change that. What they would change, however, is the ability of law-abiding citizens to exercise their Second Amendment rights.

Ban “assault weapons” and “high-capacity magazines?” Fine, and then what happens if (more like when) that doesn’t stop it? Ban and seize more guns and more firearm accessories — until mass killers are forced to use knives, bows-and-arrows, bombs and other weapons against innocent civilians.

When that starts happening, perhaps the media will stop breathlessly covering these sadistic acts by sick individuals, given they don’t have political significance.

Once the attention goes away, perhaps the killings will, too.

Democrats will attribute this to gun control even when the recipe for stopping it lay elsewhere. If mass killers simply move on to different weapons, they’ll likely stay silent.

Either way, all that will have happened is that politicians will have robbed Americans of our constitutional right to self-defense.