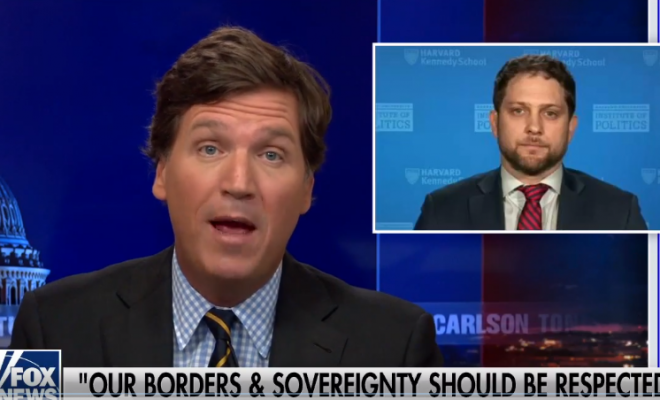 When corporations help the Biden Administration move illegal immigrants around the country, flying and bussing them away from the border and into the heartland, what are they really doing?

In effect, they and the Biden Administration are assisting the drug cartels by making the journey they take migrants on worth it. Were the illegal immigrants swiftly kicked out of America, if their invasion was rebuffed and they were sent back, the trip wouldn’t be worth the thousands of hard-earned dollars they paid for it, a massive expense for those who hire the cartels to sneak them past the border.

Thus, they probably wouldn’t make the journey. Why spend thousands of dollars and then risk life and limb in the inhospitable desert just to be stopped at the border or swiftly arrested and deported from America?

But, unfortunately, that’s not what Biden and his corporate cronies are doing. Rather than deporting illegals, they’re letting them in and then shipping them around the nation.

Even the Department of Homeland Security isn’t taking the problem seriously. Secretary of Homeland Security Mayorkas recently bragged to CBS, saying “We have fundamentally changed immigration enforcement in the interior. For the first time ever, our policy explicitly states that a non-citizen’s unlawful presence in the United States will not by itself be a basis for the initiation of an enforcement action.”

But, while that’s bad enough, it’s not all that Big Business, which profits from the cheap labor illegal immigrants provide, is doing to help them into America. it’s not just helping them once they get here, it’s also voluntarily assisting them with gett into America in the first place, as Tucker Carlson recently exposed on his show, saying:

Facebook is encouraging this invasion too. Facebook helps its users share information on how to cross the border illegally and how to break our laws. Do they encourage users to cook meth? Here’s how you make fentanyl. Here’s how child-trafficking can make you millions. Those are crimes too.

In fact, Facebook recently admitted to doing so, releasing a statement saying:

“We do allow people to share information about how to enter a country illegally or request information about how to be smuggled. After consultation with human rights experts, we developed this policy to ensure we were prohibiting content relating to the business of human smuggling but not interfering with people’s ability to exercise their right to seek asylum, which is recognized in international law. Allowing people to seek and share information related to smuggling can also help minimize the likelihood of them being exploited by human traffickers.”

Of course, they frame that as not being helpful to human smugglers. But what if those who look for information about “how to be smuggled,” something Facebook admitted to allowing, end up in the hands of those human smugglers? That seems reasonably likely, at the very least, especially given that the cartels are in the human trafficking business and the main organizations that smuggle people across the border.

Did you see this? Big Pharma In Outrage Over Phil Mickelson’s Latest Business Venture – He Fires Back With This!

But Facebook isn’t even the only company doing such things! As Tucker exposed, Uber is helping too, allowing its drivers to knowingly pick up illegal immigrants at the border. In his words:

Uber does it too. Uber drivers are picking up illegal migrants from the border. We know because Fox News spoke to one driver in Arizona who said, “I just will get a notification of a pickup, head down to the location. There will be a group of 20-plus immigrants standing on the corner waiting for Ubers.”

What that means is that those organizations are assisting human trafficking. By picking up and carting around migrants in the case of Uber or allowing the sharing of information about sneaking across the border in the case of Facebook, they make the liklihood of a successful journey higher. In doing so, they indirectly encourage more people to hire the drug cartels to smuggle them across the border, profits the evil cartels are able to “reinvest” in drug trafficking, human trafficking, and smuggling illegals.