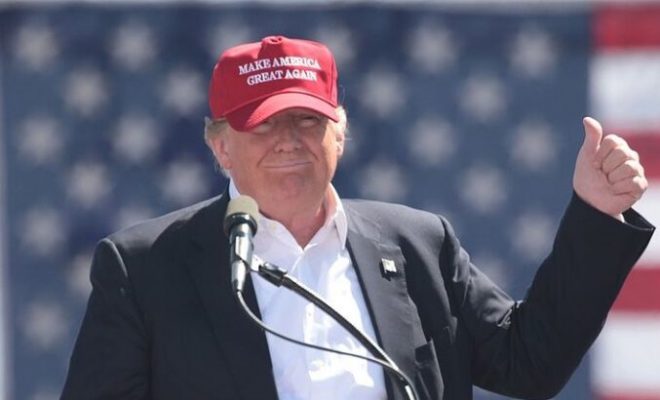 In the video below, Dr. Peter Navarro, President Trump’s former Director of Trade and Manufacturing Policy,  explains the difference between the Trump and Biden Justice Departments, saying it went from traitors to fascists.

This isn’t the first time Dr. Navarro has been brutally honest about the DC “Swamp” creatures like Barr (see below). In February of this year, Dr. Navarro let it rip on Barr during an interview with Maria Bartiromo. There is no reading between the lines with this patriot…he’s a straight shooter!

Navarro commented on Barr earlier this year, saying: “He [Bill Barr] Was Really Working Against This Administration In A Lot Of Ways.”

According to Peter Navaro, Bill Barr was fast-tracking Biden’s Executive Orders while he was slow-walking President Trump’s.

MARIA BARTIROMO (ANCHOR): Before an executive order reaches the president’s desk, it must first be vetted. It’s vetted by the Department of Justice, which begs the question — how were 17 of these executive orders ready to go, and waiting for President Biden to sign minutes after inauguration, on day one?

PETER NAVARRO (FORMER WHITE HOUSE TRADE ADVISER): Sure, Maria. In my term, 4 years at the White House, I probably drafted over 50 of these orders. What you have to do is make sure you have the statutory authority to do what you’re going to do, right. And the last checkbox that needs to be done is at the Department of Justice, for what’s called form and legality.

Navaro shared that the last checkmark that had to be done to complete the Executive Order (EO) process was to run the order by the Department of Justice (DOJ):

Here’s the news behind the news.  Bill Barr, President Trump’s Attorney General, also it turns out, happens to be Joe Biden’s first Attorney General because here was what was happening. We had over 30 executive orders queued after Election Day, ready to go but we kept running into these roadblocks, roadblocks, and hurdles. It turned out that Bill Barr’s office of legal counsel was fast-tracking all of these Biden EO’s and basically it was a Deep State coup.  Now this has implications Maria.

Navarro explained how the DOJ helped approve a Biden EO where he allowed the Chinese access to the US power grid, which would have horrible consequences if the US gets into a predicament with China.

Biden’s order will allow China to take down the US grid, and Barr’s DOJ approved it.  At the same time, Navarro could not get through an order on offshoring that never went through the DOJ.

“Yeah, we got slow-walked at the Department of Justice. The problem I told Barr about numerous times and he should have been fired months before he was.  By the last year of this Administration, he was really working against this Administration in a lot of ways,” he said.

Related Items
USA First Reporting
← Previous Story Michelle Obama Says She is Terrified Her Daughters Will be Racially Profiled When They’re Driving Alone (VIDEO)
Next Story → Rock Legend Roger Daltrey Of ‘The Who’ Slams Woke Culture Of The Left: ‘Will Lead To Misery’
Subscribe
1 Comment
Oldest
Newest Most Voted
Inline Feedbacks
View all comments
CAN

Bill Bar committed treason and as yet has not been arrested nor faced consequences for his deep state actions.
We all should be furious at the entire lot of these deep state players and stand up to demand legal action to stop this coup from advancing further. Start with Barr and follow the trail backward until every last player is brought to justice. Treason against our country cannot be tolerated!