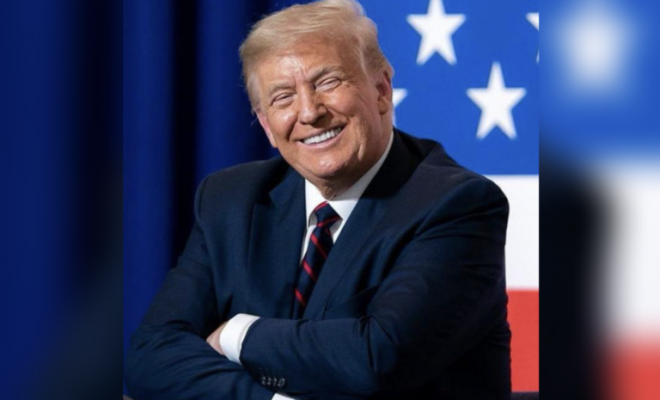 As usual President Trump released a Thanksgiving message to Americans and while doing so he gave a subtle hint of what’s to come.

Trump in a press release told Americans to “Enjoy your Thanksgiving Knowing a Wonderful future lies ahead”.

Many took this message as a hint that he will becoming back to the Oval Office soon.

He also stated that America will never fail because there’s too many generations before us that are counting on us.

oe Biden had his Thanksgiving at Billionaire David Rubenstein’s estate, whereas Trump last year took a trip to Afghanistan and had Thanksgiving with American troops.

JUST IN: Former President Donald Trump issued a Thanksgiving Day message, telling Americans “do not worry, we will be great again.” https://t.co/VwwhZyWJuW pic.twitter.com/X4QK2Ycu95

Fox News had more on the story:

President Donald Trump issued a Thanksgiving message on Thursday that hinted at a possible 2024 presidential run.

“A very interesting time in our Country, but do not worry, we will be great again—and we will all do it together,” the former Republican president said in the statement, which was shared on Twitter by his spokeswoman, Liz Harrington.

NATIONAL POLL: Should Obama Be Arrested and Tried For Treason?

“America will never fail, and we will never allow it to go in the wrong direction. Too many generations of greatness are counting on us. Enjoy your Thanksgiving knowing that a wonderful future lies ahead!”

The statement played off Trump’s 2016 presidential campaign slogan, “Make America Great Again,” fueling speculation that he is planning a political comeback. Trump told Fox News earlier this month that he will “probably” wait until after the 2022 midterm elections to formally announce whether he will run again in 2024.