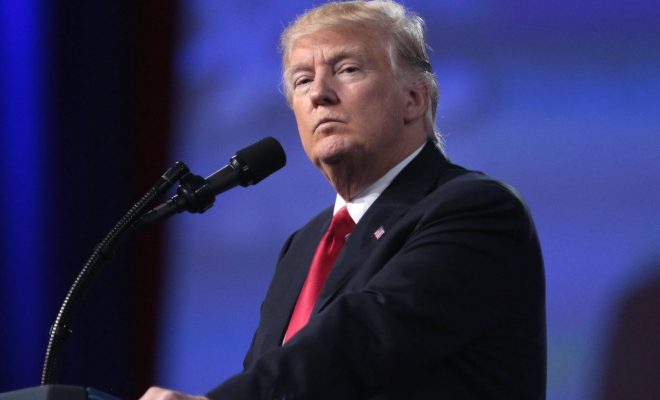 President Donald Trump suggested that the FBI prevented his lawyers from observing their raid of Mar-a-Lago because they could have been “planting” evidence.

“The FBI and others from the Federal Government would not let anyone, including my lawyers, be anywhere near the areas that were rummaged and otherwise looked at during the raid on Mar-a-Lago,” Trump said Wednesday on Truth Social.

“Everyone was asked to leave the premises, they wanted to be left alone, without any witnesses to see what they were doing, taking or, hopefully not, ‘planting.’ Why did they STRONGLY insist on having nobody watching them, everybody out? Obama and Clinton were never ‘raided,’ despite big disputes!”

Newsweek also reported that the “raid on Mar-a-Lago was based largely on information from an FBI confidential human source, one who was able to identify what classified documents former President Trump was still hiding and even the location of those documents.”

Speaking exclusively to Politicalite, the source claimed: “They [the FBI] won’t come out empty handed.”

“As if Trump were stupid enough to do what they said he did. The only thing that could have happened is that a disloyal aid planted it in a box that was moved out in January of 2021.” the source claimed.

“They wouldn’t have gone in without expecting a result.”

Though a search warrant does not suggest that criminal charges are near or even expected, federal officials looking to obtain one must demonstrate that they have probable cause that a crime occurred.

“After working and co-operating with the relevant government agencies, this unannounced raid on my home was not necessary or appropriate,” Mr Trump said in his statement, claiming agents broke into a safe during the search.

From the Daily Mail:

Eric Trump revealed FBI agents refused to hand over the search warrant for their raid on Mar-a-Lago and kicked an attorney off the property in a new, incisive account of the Monday operation at the Florida estate.

Speaking exclusively to DailyMail.com, the former president’s son said the 30 agents who arrived at the property asked staff to turn security cameras off – but they refused.

He also said that the attorney was forced to stand at the end of the Mar-a-Lago driveway while the team searched inside – and allegedly used safe crackers to break into his father’s safe.

He called the raid another ‘coordinated attack’ on his father Donald Trump and insisted there is no way President Joe Biden was kept in the dark about the search.

The latest explosive account comes with the Department of Justice facing mounting pressure to explain what grounds they had for the search.
Eric said that his father’s lawyer Christina Bobb was forced to stand at the end of the Mar-a-Lago driveway throughout the raid.
‘There’s 30 agents there,’ he recalled of the Monday search in a phone call with DailyMail.com. ‘They told our lawyer… you have to leave the property right now. Turn off all security cameras.’
‘They would not give her the search warrant,’ he claimed. ‘So they showed it to her from about 10 feet away. They would not give her a copy of the search warrant.’
He said that Bobb was confused why a lawyer for the person’s home being raided by the FBI was not able to see or obtain a copy of the search warrant.
Eric said he would be ‘thrilled’ to find out if there was a valid search warrant.