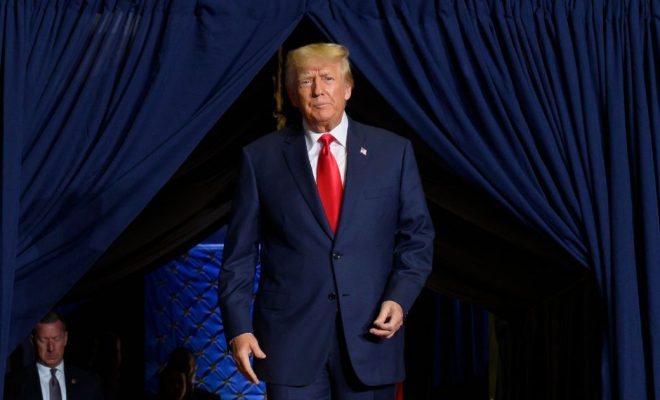 In a Wednesday interview with Sean Hannity of Fox News, former President Donald Trump revealed the strategy he used to keep the Taliban in check during his presidency.

“Didn’t you at one point tell him, ‘I know exactly where you are,’ and give him the exact coordinates where he was?” Hannity asked.

Trump said Baradar asked him why he sent the photo.

“I said, ‘You’ll have to figure that one out.’ … From that point on we didn’t lose one soldier.”

Trump went even further with his threats to the terrorist leader.

“I said, ‘If you do anything, we’re going to hit you harder than any country has ever been hit.’ He said, ‘I understand, your excellency.’ … We didn’t lose one soldier in 18 months,” Trump said.

Baradar, or “Baradar the Butcher,” as he is sometimes referred to, is the co-founder of the Taliban and the acting first deputy prime minister of Afghanistan, according to the New York Post.

During the interview, Trump also explained how he would have conducted the Afghanistan withdrawal. President Joe Biden’s pullout cost the lives of 13 service members and more than $7 billion worth of military equipment.

Trump also spoke about the Mar-a-Lago raid, the New York attorney general’s civil lawsuit against him, the border and the possibility of running in 2024.