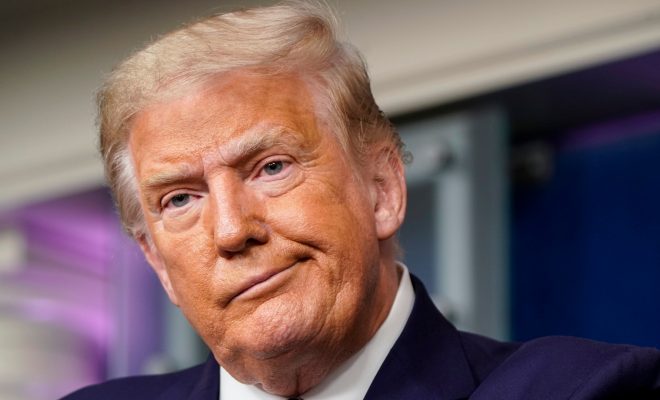 Trump Responds to Testimony Clinton Approved Phony Russia Leak: ‘Where Do I Get My Reputation Back?’

Former President Donald Trump reacted on Saturday to court testimony from Hillary Clinton’s 2016 campaign manager, Robby Mook, that she personally approved the leak of a false tie between his company and a Russian bank to the media a few months before the November election.

Specifically, Trump wants to know if Clinton will help him restore his good name.

Trump told Fox News Digital that the entire Russia investigation is “one of the greatest political scandals in history,” and that he likely will “never” get his “reputation fully back.”

Former Clinton campaign manager Robby Mook on Friday testified as part of the first criminal trial out of Special Counsel John Durham’s years-long investigation into the origins of the Trump-Russia probe, saying Clinton approved and “agreed” to share the discredited data with the media.

Former FBI General Counsel James Baker testified Thursday that the bureau investigated the data alleging a Trump connection to the Kremlin-linked bank, and found that “there was nothing there.”

During cross-examination by government prosecutor Andrew DeFillippis Friday, Mook was asked about the campaign’s understanding of the Alfa Bank allegations against Trump and whether they planned to release the data to the media.

Mook said he was first briefed about the Alfa Bank issue by campaign general counsel Marc Elias, who at the time was a partner at law firm Perkins Coie.

Mook testified that he was told that the data had come from “people that had expertise in this sort of matter.”

Mook said the campaign was not totally confident in the legitimacy of the data, but had hoped to give the information to a reporter who could further “run it down” to determine if it was “accurate” or “substantive.”

“This is one of the greatest political scandals in history,” Trump told Fox News. “For three years, I had to fight her off, and fight those crooked people off, and you’ll never get your reputation fully back.”

“Where do I get my reputation back?” Trump reiterated.

The former president also said that the law enforcement and intelligence resources used to investigate the phony allegation during the 2016 campaign distracted them from what “could have been a real danger with Russia.”

In July of that year, the FBI opened a counterintelligence investigation into whether Trump and members of his campaign were coordinating or colluding with Russia to influence the outcome of the election. The probe, known as “Crossfire Hurricane,” was then handed off to special counsel Robert Mueller following Trump’s election by then-Attorney General Jeff Sessions, who had Mueller appointed in May 2017.

But after almost two years, Mueller found no evidence of any criminal conspiracy or collusion with Russian officials during the campaign or at any time beforehand.

On Friday under cross-examination, Mook said that he discussed whether to pass along the information to a reporter with senior campaign officials including the campaign’s chairman, John Podesta, then-communications director Jennifer Palmieri, and senior policy adviser Jake Sullivan, the latter of whom now serves as President Joe Biden’s national security adviser.

“I discussed it with Hillary as well,” Mook told the court.

“I don’t remember the substance of the conversation, but notionally, the discussion was, hey, we have this and we want to share it with a reporter,” Mook noted.

After he was pressed about Clinton’s response, Mook replied: “She agreed.”

“This is only, in my opinion, the biggest political scandal in modern history,” he told the network.

“They knew it was a fake from the start. We spent millions and millions of dollars and tens of thousands of man-hours and occupied America’s time for four years with a ridiculous, nonsense theory,” Bongino, a former NYPD officer and Secret Service agent, added.

“And Hillary Clinton could have shut it down the entire time. Robby Mook admits she knew from the start about this thing, she approved it and let it run anyway,” he added.

“This is from February of 2019. Let me read the headline: ‘Mueller deputy briefed on anti-Trump dossier research months before the 2016 election.’ Andrew Weissman, who is Bob Mueller’s bulldog investigating Trump for the Hillary Clinton hoax, they all knew was a hoax, knew in August of 2016,” said Bongino.