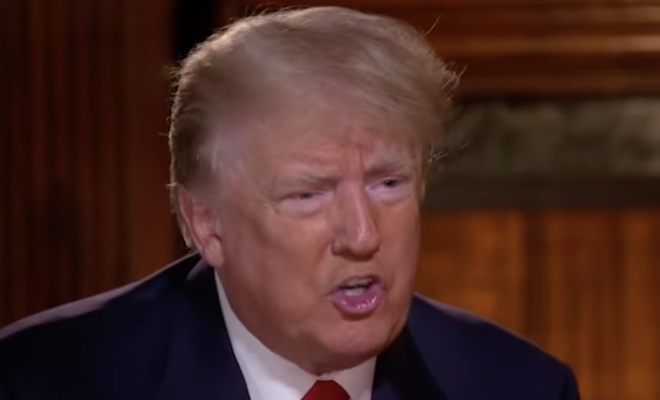 The Freedom Convoy has shown the world that when the average man and woman come together and unite they have the power to change the world.

It has also shown just how much of a major impact that truckers and farmers really do have on society.

President Trump just made a statement regarding the Freedom Convoy in Canada and was quoted saying “People all over the world are watching, and they have respect for what they are doing, they’re tired of being pushed around by incompetent people, being told what to do, being forced with the mandates”.

Trump would go on to say that mandates are very very bad.

Breitbart had more on the story:

People all over the world are watching, and they have respect for what they are doing,” he said. “They’re tired of being pushed around by incompetent people, being told what to do, being forced with the mandates. The mandates should have not happened. I’m very proud of Warp Speed. Everybody has given us credit. Nobody thought it was possible to do what we did. And that includes therapeutics by the way Regeneron and the various therapeutics that worked so well.”

“But what we did with Warp Speed was great,” Trump continued. “But the mandates are very, very bad — very, very bad. And I think there’s a lot of respect for what they are doing. I see they have Trump signs all over the place, and I’m proud that they do. But that’s what happens. You can push people so far. And our country is a tinderbox, too.

The anti-vaccine mandates protests by truckers in Canada are not finished and are bigger than ever take a look:

Truckers are not throwing in the towel anytime soon and have pledged to protest until vaccine mandates are lifted all over the country.

As of right now the Prime Minster of Canada has threatened the truckers with prison and taking a way trucker’s CDLs but that still hasn’t phased Canadian truckers.