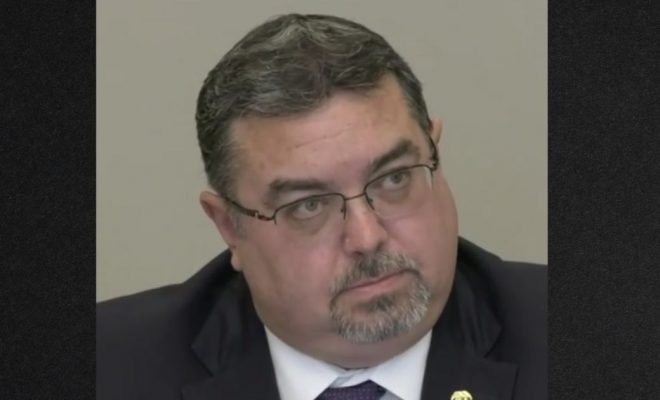 The Biden administration has removed only a small fraction of the number of illegal immigrants that previous administrations did, a top U.S. immigration official acknowledged during a recent deposition.

Florida Attorney General Ashley Moody pointed to the testimony as evidence that Biden’s team is “intentionally under-enforcing federal immigration law in a way that has never been seen.”

Moody said the evidence gathered during this deposition process shows that Biden’s officials are “flagrantly violating the very federal laws they swore to uphold.”

The official, Executive Associate Director for Enforcement and Removal Operations Corey Price, was testifying under oath Sept. 9 as part of Moody’s lawsuit against President Joe Biden’s Department of Homeland Security and other border authorities.

GUARD: “Director, ICE currently is removing less aliens from the United States than it has in the last decade, right?”

PRICE: “I do not have the last ten years’ data available. But it is less than at least the last four years that I have here.”

Guard presented Price with the data from the last decade.

GUARD: “In 2012, a decade ago, under President Obama, ICE removed almost eight times or, excuse me, almost seven times the number of aliens [that] the Biden administration did in either 2021 or 2022, right?”

GUARD: “Now, not only are removals and book ins declining under the Biden administration, ICE is detaining less aliens than it did during the Trump administration, correct?” he asked.

Further, Price confirmed that border authorities had detained only about 40 percent of the illegal immigrants in 2021 than they did in 2019 under the Trump administration.

Moody told Fox News, “Our deposition provides even more proof that the Biden administration is intentionally under-enforcing federal immigration law in a way that has never been seen.”

“At every phase of the process, Biden is purposely failing to enforce the law and detain and remove inadmissible immigrants,” she added.

“Career ICE officials warned the administration that their reckless policies would drastically cut enforcement and still Biden continued to implement them—proving yet again, we only have Biden to blame for the border crisis and the surge in American deaths from Mexican fentanyl.”

According to an August news release from the Florida Attorney General’s office, “Chief Ortiz testified that the crisis is ‘making the border less safe for Americans and immigrants alike.’”

Moody said in the statement, “After the Biden administration denied that they were engaged in catch-and-release, and that they were responsible for the historic surge at our southern border, Florida got the Chief of Border Patrol to admit, under oath, the truth.

“The Biden administration caused the surge, made the border less safe, and is flagrantly violating the very federal laws they swore to uphold.

“The Biden administration is putting hard-working border patrol agents in impossible and untenable positions—risking their lives and safety, and I want to thank Chief Ortiz for testifying truthfully at his deposition.”