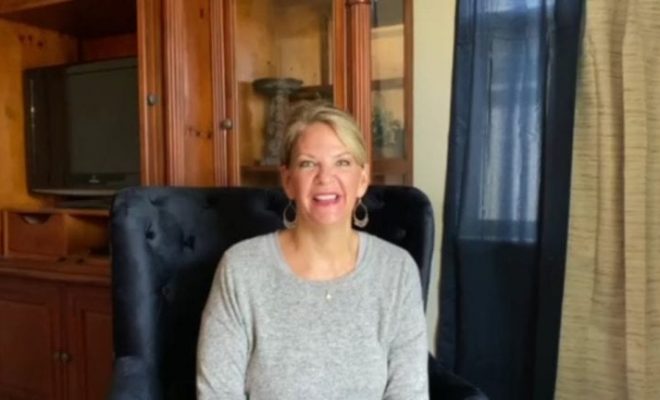 Thoughts On the Arizona Audit: What Happens Next?

Dave at Praying Medic just posted some thoughts on the Arizona Audit that I thought were really good.

I don’t agree with every single thing in here, but I thought most of it was excellent and I wanted to share it with you.

And now I’m going to give you his posts exactly as he wrote them.

Thoughts On the Arizona Audit

Some people hoped that the AZ audit would provide evidence that hundreds of thousands of illegal votes were cast in the 2020 election. They expected to hear proof that Donald Trump won the election. The Arizona audit was never going to overturn the results of the national election. That wasn’t the purpose of the audit.
If you’re feeling disappointed, it’s likely because you had unrealistic expectations.

The audit report delivered exactly what I had hoped for. The biggest takeaway was Ben Cotton’s presentation of criminal conduct on behalf of those who operate Maricopa County’s Dominion Election Management System. Cotton proved that the system connects to the internet, that it allows remote access, and that its anti-virus and security software has never been updated. Most importantly, Cotton provided evidence that the people running the system methodically and repeatedly deleted election data just prior to critical events that could have shown fraud.

Cotton’s presentation was damning because Dominion itself runs the election management system. According to former Maricopa County Recorder Adrian Fontes, Dominion has offices in the Maricopa County Election Center and the county employs two full time Dominion contractors who manage the system. If Dominion manages the system, they will likely be the ones facing criminal prosecution.

The evidence presented yesterday should cause any county that uses Dominion Voting Systems to consider auditing their election. The fact that Cotton provided evidence of criminal conduct was icing on the cake.

An hour before the report was released, AG Brnovich issued a statement saying, “I will take all necessary actions that are supported by the evidence and where I have legal authority.”

Brnovich has sufficient motive to prosecute those who broke the law. States that use Dominion systems now have an uphill battle if they intend to argue that an audit is unnecessary.

The most important takeaway from the Maricopa audit may be that Dominion Voting Systems hardware and software are a cybersecurity nightmare. Outgoing Maricopa County Supervisor Steve Chucri admitted in a leaked conversation that as a brand, Dominion is radioactive. Even if there were no actual problems found with their election management system, public trust in Dominion has been destroyed and trust in the company will likely never be rebuilt.

Since Dominion manages Maricopa’s election operation with its own contractors, any fallout from the Attorney General’s investigation puts Dominion at risk of suffering further damage to its brand. As Dominion’s brand is tarnished, anyone using their hardware and software will come under increasing public scrutiny and criticism.

At some point, the name of the company will have to be ditched and they’ll be rebranded, just as they’ve done  in the past. But the damage to Dominion is likely to spread to ES&S and Smartmatic as their election management systems are built on similar architecture. To that point, the forensic audit in Texas should prove interesting since Dominion machines were banned from use in Texas.

The biggest losers from the Maricopa audit may not be the Board of Supervisors as we’ve  suspected. Dominion and other election system manufacturers may suffer the most harm in the long run.

Part 3 and this is really the best part:

Thoughts On the Arizona Audit  Part 3 – What Happens Next?

Five different entities have the ability to take corrective action and make right the wrongs that were committed in last November’s election.

The Department of Justice and FBI have the ability to investigate criminal activity related to the election. Under Merrick Garland, here is little hope they will take action.

The US Congress could have an opportunity to act if states decertify their electors and demand a recount of electoral votes. Although people like Wendy Rogers hope this will happen, I have no confidence that Nancy Pelosi will allow such a recount to take place in the House.

Some state legislatures are conducting audits, and I expect more to do so in the future. If a state legislative body determined that a fraudulent election was certified, it could vote to decertify Biden electors and certify Trump electors. That could happen in Arizona, but there are obstacles to overcome.

The Arizona legislature is out of session and is unlikely to be called back into session this calendar year. Once they are back in session, a motion could be put before the House and Senate to decertify the election. The balance of power in the House and Senate are tight and there is no room for defectors, but RINOs like Paul Boyer are unlikely to vote in favor of decertification. For that reason, I’m not optimistic about the prospects of any legislative body succeeding in decertifying its election, since RINOs are commonplace in state legislatures across the country. Even if a state did manage to decertify its electors, it would need the US Congress to take action and that seems unlikely.

Courts
If a case were brought before a judge, they could overturn the results of an election and either name the second place finisher the winner or order a new election. I believe there is a good chance this will happen. But if a state election were nullified, it would not change the outcome of the national election. That would require action from Congress or a decision by the Supreme Court to nullify or reverse the result of the national election—both of which seem unlikely.

The Military
It is my view that because civilian entities will in the end, prove unwilling or unable to make things right, at some point, the military will have little choice but to intervene. I won’t speculate as to the reason for the intervention other than to say it might be predicated on evidence that a foreign government hijacked our election and installed its own puppet as our commander in chief.

Another option, and the one I give highest probability to, is that American CITIZENS take up arms against an illegitimate regime. WE HAVE THAT RIGHT!!!!!!!!