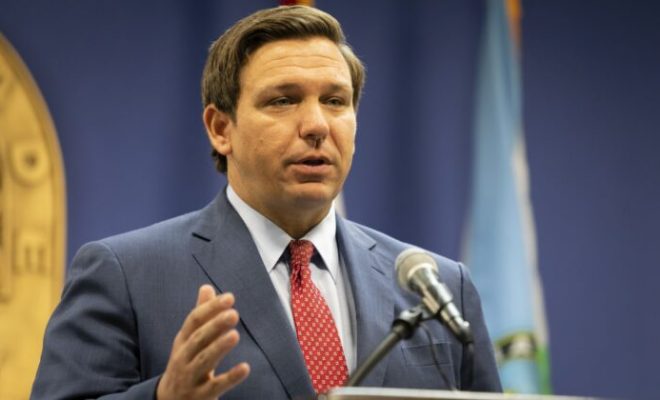 ‘This Is Not Over’: DeSantis Blasts ‘60 Minutes’ Report on Florida’s Vaccine Rollout

“They cut out everything that showed that their narrative was a piece of horse manure,” DeSantis said.

The governor was referring to how “60 Minutes” omitted 356 words from his 423-word answer in their report.

DeSantis then reasserted his intent to defend himself against the allegations and hold the corporate media responsible.

“60 Minutes” attempted to portray the state’s vaccination partnership with the Publix grocery store chain as being nefarious.

“I know corporate media thinks that they can just run over people, you ain’t running over this governor. I’m punching back,” he said.

“You come down to our state and you try to smear people, we’re going to bite back and we’re going to hold you accountable. This is not over by any stretch of the imagination.”

Another Democrat, former state Rep. Dave Kerner, the current Palm Beach County mayor, called the reporting “intentionally false” because, he said, he offered to speak with CBS but the network rejected the offer.

In a statement in response, CBS spokesman Kevin Tedesco shared a link with The Epoch Times via email of a local CBS reporter speaking with Kerner a day after “60 Minutes” aired.

He also said that “60 Minutes” asked the governor twice for an interview but that those requests were denied.

“As we always do for clarity, 60 MINUTES used the portion of the Governor’s over 2-minute response that directly addressed the question from the correspondent,” Tedesco wrote.