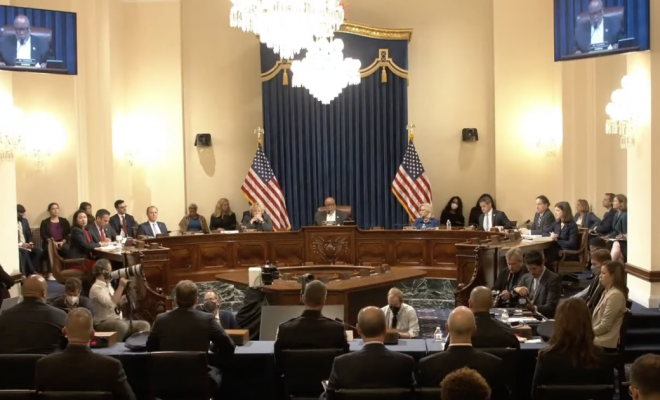 The January 6th Committee is a complete sham, and this story just further goes to prove it…

This dog and pony show has nothing to do with ‘democracy’, national security, fighting ‘domestic terrorism’, or correcting global warming, as many leftists would have everyone believe.

Everyone who isn’t a flaming leftist, or completely asleep at the wheel understands that this is about the 2022 midterms, and the committee just admitted to that through the press…

According to recent reports, the January 6th Committee is preparing an audiovisual report so they can air it close to the midterm elections, and they are even hiring a writer to ‘craft a compelling narrative’ for the public.

A narrative of an ‘insurrection’ which never happened, take a look:

Did you see this? Invasive Financial Instrument Could Negatively Affect Retirement Accounts!

Democrats devoting too much time to a topic the public cares comparatively little about is becoming a routine practice despite the divisive institutional consequences.

President Trump’s first soap opera impeachment trial got half the viewership of actual soap operas. His second drew about the same as the daytime dramas.

TRENDING: the 3 best NUTS that shrink your swollen prostate and boost testosterone

Presenting its information in a comprehensive and engaging way will be crucial to creating a convincing argument for potential legislative changes as well as possible criminal referrals.

It’s also a recognition of how most people consume information in 2022 — and the massive amount of video evidence the committee has at its disposal.

“We don’t want it to read like a clunky committee effort,” Democratic Rep. Jamie Raskin told CNN. “We want it to have an authorial voice that tells the story of what happened.”

The effort to hire a writer, confirmed to CNN by three sources familiar with the discussions, comes as the panel enters a new stage of its investigation.