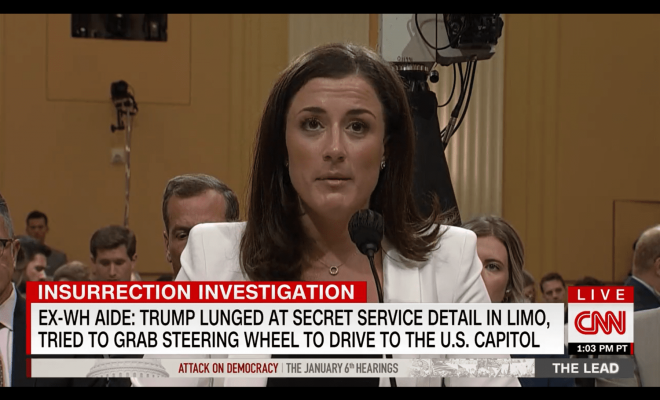 Cassidy Hutchinson told the Jan 6th panel that she wrote a note at the behest of Mark Meadows regarding a statement on Trump’s response to January 6th.

It turns out this is a lie.

Trump White House Attorney Eric Herschmann debunked this including in his own testimony to the committee.

Former Trump White House lawyer Eric Herschmann is claiming that a handwritten note regarding a potential statement for then-President Donald Trump to release during the Jan. 6 attack on the Capitol was written by him during a meeting at the White House that afternoon, and not by White House aide Cassidy Hutchinson, sources familiar with the matter tell ABC News.

At Tuesday’s Jan. 6 committee hearing, Rep. Liz Cheney displayed a handwritten note which Hutchinson testified she wrote after Trump chief of staff Mark Meadows handed her a note card and pen to take his dictation.

Sources familiar with the matter said that Herschmann had previously told the committee that he had penned the note.