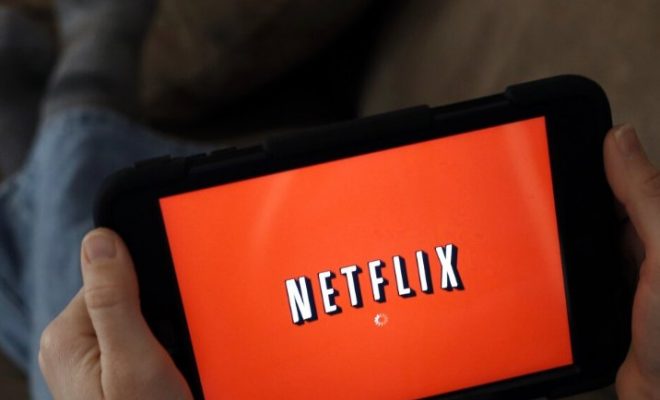 There are a lot of things that change in this world. However, the phrase “Go Woke and Go Broke” remains almost as true as the Old Testament. One of the most satisfying examples of this has been the downfall of Netflix who has been hemorrhaging subscribers to the tune of 200K in the first quarter.

The announcement comes after Netflix reported a loss of 200,000 subscribers in the first quarter for the first time in more than a decade.

That number is expected to balloon into the seven figures as the year progresses. What’s frustrating is that Netflix has been utterly confused as to why this is happening. That is, until now. Turns out that even the woke leadership at the top of the company has finally realized that it may be their woke agenda that is the cause.

According to a report from Republican Daily, it seems that Netflix is realizing the error of their ways and trying to fix things before it’s too late.

Netflix is doing something other companies are proving to have difficulty doing…learning.

If you get woke, there’s a 99 percent chance you’re going to go broke and Netflix saw the signs. Not that they were hard to read. The public overwhelmingly didn’t approve of “Cuties,” the movie that featured underage girls dancing in provocative ways. They were also forced to cancel the live-action adaptation of “Cowboy Bebop” after three weeks.

The streaming service has gone on a cancelling-spree, taking the axe to nearly all of their “woke” projects.

Netflix has pulled the plug on several animated projects, including “Wings of Fire,” from executive producer Ava DuVernay; “Antiracist Baby,” a series aimed at preschoolers; and “With Kind Regards From Kindergarten,” a film tailored to youngsters.

The fact that these shows even got off the ground is baffling. It’s hard to comprehend that the Left is this far gone when it comes to the rest of America.

Leftists are learning the hard way that at the end of the day, money will always be more important to CEO’s and shareholders than any woke agenda. Turns out that message is being sent throughout the company in a very loud way. Netflix has started laying off their staff. According to reports, it seems that they are specifically the woke, progressive members of their team.

Is Netflix about to be the next Blockbuster?

Perhaps because they are the reason for this mess in the first place?

The Rise and Fall of Netflix coming soon on Hulu.

A lot of the “diversity” that worked at Netflix were let go today it seems like as I scroll on social. A former Netflix writer who was part of the layoffs said, “Diversity and the editorial staff are the first on the chopping block when it’s time to make a sweep.”

n fact, Netflix has released statements to their staff telling them they are changing the culture at their company. Free speech is back in business.

Netflix has issued a warning to employees in its new “Culture Memo.” It warned employees offended by “harmful” content on the platform to find work somewhere else.

The new Culture Memo has a section titled “Artistic Expression,” which says that the platform will not censor some artists and voices even if their content is deemed “harmful.”

“If you’d find it hard to support our content breadth, Netflix may not be the best place for you,” the memo says. It adds that employees may have to work on the content they deem harmful and if they are not comfortable accepting such tasks they should find work somewhere else.

This has less to do with Netflix and more with the fact that despite what the Left would try and tell us, America is still a free market society that is guided by the tastes and principles of the majority. What is happening with Netflix is the latest example of what can happen when the majority refuses to be bullied by the progressive minority and takes a stand. This paired with the takeover of Twitter and the November elections around the corner we could see a return to center in a way that many on the Left did not expect to see happen.