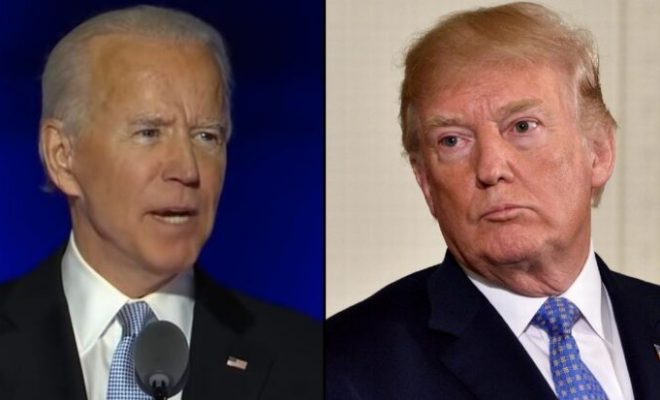 REPORT: Red States Lost HALF As Many Jobs As Blue States During Pandemic

As the country emerges from the economic ravages of the shutdowns and lockdowns imposed for a lot longer than the initial “two weeks to flatten the curve” (remember that lie?), we’re starting to get a better look at just how bad it was and which parts of the nation suffered the most.

But we’re also beginning to see the political effects as well, and Americans should really take note of that as we move out of this pandemic (and before the next one hits — there’s always a next one).

An analysis by the UK’s Daily Mail noted that between February and December 2020, states that voted for Biden saw unemployment rates rise on average to 6.2 percent, while states that went for Trump averaged 2.5 percent lower.

What’s more, the 13 states that experienced the lowest overall unemployment rates are all very strongly Republican and were led by Alaska and Utah, where employment increased 0.7 and 0.3 percent respectively.

One red-state exception was Iowa, which lost 7.9 percent of its jobs.

Now, a number of the blue states, especially Nevada and Hawaii, depend heavily on tourism, and of course, travel during the pandemic was greatly limited. Hotels and casinos in Vegas and Hawaii were closed for months.

But those decisions were made by Democratic officials, and by comparison, Florida — another tourism-dependent state with a high senior population — did not fare as badly (6.3 percent job losses) because, many believe, GOP Gov. DeSantis began reopening late last summer instead of waiting longer like the blue states did.

Another report from Reason explains why the difference in jobs lost is not because of the pandemic itself. The report points to states like Hawaii, which “is not just the job-loss leader; it’s also the state with the least mortality from the pandemic,” The report added, “New York is third in job loss, second in death rate.”

The report shows the job losses are from the difference in how the states handled the “restrictions on businesses and school closures.”

“Blue-state governors in California and New York and Michigan have been far more strict about shutting down economic and physical activity than their red-state counterparts in Florida, South Dakota, and Texas,” the report noted further. “The comparative death tolls are roughly the same (California tracks with Florida, New York with South Dakota, and Michigan with Texas); the economic performances are anything but.”

So, any way you look at it — economically, death rates, liberty scores — red states that supported Donald Trump, by far, fared much better during the pandemic than did those that voted for Biden.

These are important lessons moving forward that Americans who love liberty and prosperity cannot afford to forget.

Related Items
USA First Reporting
← Previous Story DESPICABLE: Liz Cheney Coordinated Mutiny By Former Pentagon Chiefs Against Trump
Next Story → Oversight Board Co-Chair on Trump Facebook Ban: ‘He Put Himself in This Bed and He Can Sleep in It’
Subscribe
0 Comments
Inline Feedbacks
View all comments