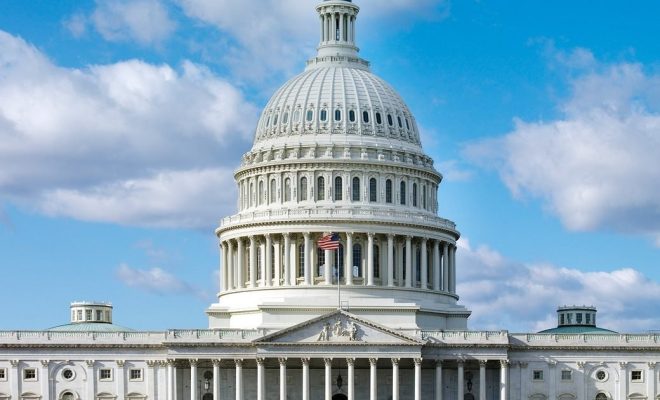 REPORT: Around 75 Federal Lawmakers Held Stocks in Moderna, Johnson & Johnson, or Pfizer in 2020

The COVID-19 “pandemic” made substantial amounts of money for pharmaceutical companies that manufactured the experimental COVID-19 injections.

But it wasn’t only Pfizer, Moderna, and Johnson & Johnson that hit the jackpot in 2020.

Companies that manufactured drugs, personal protective equipment, and PCR tests also raked in a fortune the past 21 months.

Many U.S. lawmakers and their top staffers also took a piece of the pie.

Business Insider conducted a five-month investigation to find out which lawmakers have conflicts of interest between their personal finances and public duties.

MUST READ: 🍒 blueberries vs. strawberries vs… (the #1 WORST food for energy)

Business Insider had the report:

In 2020, at least 13 senators and 35 US representatives held shares of Johnson & Johnson, the medical behemoth that produced the single-shot COVID-19 vaccine that more than 15 million Americans have received.

At least 11 senators and 34 representatives also held shares in 2020 of another COVID-19 vaccine manufacturer, Pfizer. Two representatives or their spouses held shares of Moderna during the same year that the world went on lockdown in response to the pandemic.

Lawmakers held these investments in COVID-19-minded companies as Congress was at the center of pandemic relief efforts. In 2020 and 2021, members of Congress voted on six relief bills together worth nearly $6 trillion. Congress also authorized more than $10 billion to help drug companies develop and distribute vaccines and forced health insurers to cover the cost of getting the shot.

Business Insider weighed in on investments made by lawmakers:

The investors in vaccines included freshman Rep. Marie Newman, a Democrat of Illinois, whose husband, Jim Newman, has traded shares of both Johnson & Johnson and Moderna. The congresswoman’s 2020 annual personal financial disclosure also listed the couple together holding shares in Moderna.

Marie Newman’s office previously told Insider that Jim Newman controlled these finances and that the accounts were for retirement, college savings for their children, and assistance for family healthcare costs. Mary Newman entered Congress in 2021, after it had passed all but one federal relief bill. Her husband continued trading after she was sworn in.

Rep. Josh Gottheimer, a Democrat of New Jersey, was the only other lawmaker who held Moderna stock. In May 2020, he sold up to $15,000 worth of his shares.

Vivien Scott, the wife of Rep. Austin Scott, a Republican of Georgia, traded up to $50,000 worth of Johnson & Johnson stock on two occasions this year. Austin Scott has bashed President Joe Biden’s workplace vaccine mandates but stressed that he supports vaccines, particularly given that he had COVID-19 in 2020 and spent several days in the hospital on oxygen.

“Congressman Scott and his wife own stocks like millions of American families do, and they follow all laws on trading,” Scott’s spokeswoman, Rachel Ledbetter, told Insider.

Republican Rep. Mo Brooks of Alabama sold up to $50,000 worth of Pfizer stock in August 2021 and then was nearly a month late filing his disclosure. Brooks, an unabashedly pro-Trump lawmaker who is running for a US Senate seat, previously accused the pharmaceutical giant of playing politics with the timing of its announcement about vaccine-efficacy data.

Martha Brooks, the congressman’s wife, told Insider that she handled all the family’s stock investments and used an investment broker to conduct these transactions. She acknowledged that she disclosed the stock transaction late.

Rep. John Yarmuth, a Democrat of Kentucky who chairs the House Budget Committee, sold up to $15,000 worth of stock in 3M, which creates and distributes personal protective equipment such as N95 masks, at the end of March 2020.

Democratic Rep. Earl Blumenauer of Oregon reported that his wife, Margaret Kirkpatrick, bought up to $15,000 worth of stock in Quest Diagnostics, a leading COVID-19 test provider, in March 2020. Blumenauer did not respond to repeated requests for comment about his financial filings.

In July 2020, Republican Rep. Carol Miller of West Virginia reported that her husband, Matt Miller, had bought up to $50,000 worth of shares of Abbott Laboratories, a COVID-19 testing company. Carol Miller did not respond to requests for comment about her financial filings.

This report was part of the Conflicted Congress Project, which reviewed 9,000 financial-disclosure reports for every sitting lawmaker and their top-ranking staffers.

Did you see this? There’s one fruit people over 40 should never eat… Click here to see it now!

The Conflicted Congress Project rated the financial compliance of lawmakers as solid, borderline, and danger.

These lawmakers have violated the Stop Trading on Congressional Knowledge Act of 2012 by failing to properly disclose financial trades, many to a significant degree. Some also employ senior staff members who’ve violated the STOCK Act or haven’t themselves taken proactive steps to avoid potential conflicts of interest.