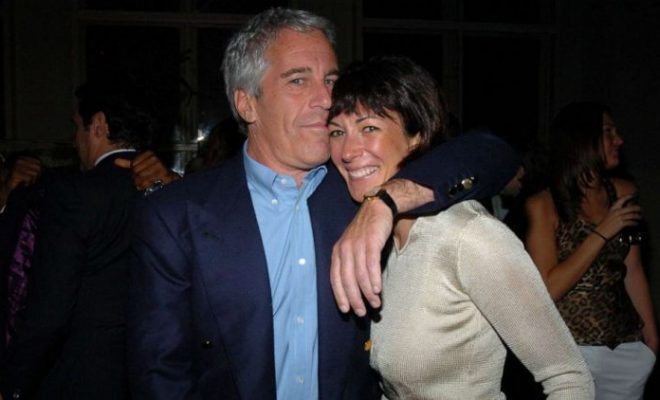 Prosecutors in the case of dead pedophile Jeffrey Epstein’s accomplice Ghislaine Maxwell have alleged that she “set up VIP elites” with child victims to rape as part of a scheme to curry favor and power in the world.

TRENDING: This Pocket-Sized “Power Plant” Sold Out in Less Than 48 Hours – Now It’s Finally Back in Stock

The prosecutors have produced emails showing that Maxwell facilitated a child sex trafficking scheme, to win elites over by allowing them to perform illicit sex acts with children she groomed that “they would like,” which she used “as a form of social currency.”

Did you see this? 419,932 Americans Are Using THIS Solar Gadget to Survive a Dangerous Emergency

“These exhibits show (1) the defendant’s willingness to facilitate encounters between powerful men and women they would like, and (2) the defendant’s understanding that providing such access is a way to ingratiate herself with powerful men,” the prosecutors stated in their court filing.

“These emails make clear that the defendant was willing to serve in such a role, and that she was eager to please wealthy and influential men by providing them with access to women,” the prosecutors wrote.

Maxwell’s attorneys are claiming that there was nothing wrong with their client’s behavior.

“If her motive is to permit adult women to date her single friends, then it is not to pick up schoolgirls off the street to give “sexual massages” to Jeffrey Epstein,” Maxwell’s attorneys said in their rebuttal to the prosecutors’ allegations.

“And if she already had access to other powerful and influential men who were in her life, she would not need her friendship or access to Jeffrey Epstein,” he added.

Big League Politics has reported about Maxwell’s connections to former president Bill Clinton, who is one of the individuals said to be frequently serviced by Epstein’s child rape network:

“Bill Clinton met Ghislane Maxwell in Los Angeles for an ‘intimate’ private dinner in 2014, according to new reporting published Tuesday by the Daily Beast.

The Beast quoted a source who supposedly previously worked for Bill Clinton and was incensed by his decision to meet with Maxwell. “This is an intimate dinner with Clinton in L.A…. Think of all the people he knows in L.A., and Ghislaine gets to attend.”

The report also indicates that Clinton’s chief of staff, Jon Davidson, knew that the former Jeffrey Epstein madame was attending the private dinner, which he organized. Davidson declined to comment when asked about his connection to the event.

This dinner took place more than five years after Jeffrey Epstein escaped legal consequences for procuring a minor for prostitution, utilizing his elite connections to avoid any serious jail or prison time. Ben Schwerin, who is now a corporate executive for Snapchat, and talent agent Michael Kives were also present, which was held at Crossroads Kitchen.

A Bill Clinton spokesperson declined to comment on the specific reports of meeting Maxwell for dinner in 2014, only denying that he knew anything of Jeffrey Epstein’s or Maxwell’s alleged sex crimes.”

The Epstein pedophile network is just the tip of the iceberg. This is the way the globalist elites operate, and they have a lot to hide.