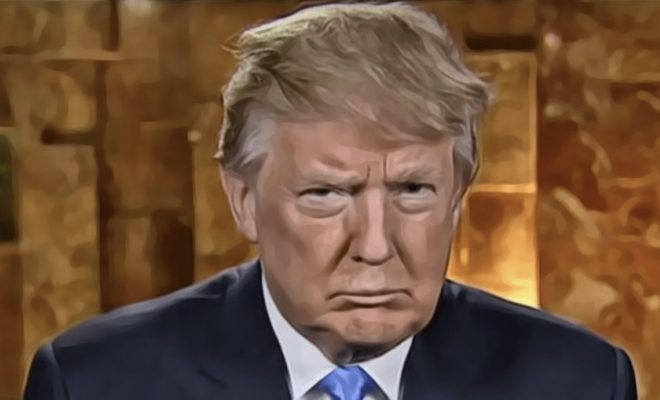 I have been warning you for over a month now to NOT attend the upcoming Rally in D.C. on September 18th.

So I have been shouting to all who will listen:  DO NOT GO!

Today I got confirmation from the Commander-In-Chief himself, President Trump.

The Federalist had more details:

In an exclusive interview with The Federalist on Thursday, former President Donald Trump called for Senate Republicans to fire Mitch McConnell and elect a new leader, unloaded on “radicalized” left-wing Democrats, blasted former President George W. Bush as “one of the worst presidents ever,” and criticized current President Joe Biden’s “grossly incompetent” handling of America’s withdrawal from Afghanistan. Trump also called the planned Sept. 18 rally at the U.S. Capitol a “setup” and said media would use it as an excuse to bash Republicans regardless of its outcome.

“Afghanistan is one of the worst things I think I’ve ever seen for our country,” Trump said. “To lose the young people [killed in the bomb blast] is so horrible. It’s a horrible situation.”

“What Biden is doing is grossly incompetent,” he added. “It’s a disgrace.”

The 45th president also teed off on former President George W. Bush, who used his remarks on the 20th anniversary of the Sept. 11 attacks on America to take a thinly veiled swipe at Trump and many of Trump’s supporters when Bush claimed they were “children of the same foul spirit” that led the 9/11 hijackers to kill thousands of innocent American citizens.

“Bush was a disaster getting us into the Middle East. He’s the one that got us into the quicksand of the Middle East, and he didn’t win. He didn’t know how to win. I think he goes down as one of the worst presidents in history,” Trump said.

“Bush now goes around lecturing everybody about all sorts of things, and he shouldn’t be lecturing anybody, because he’s the one who got us into the mess of the Middle East,” Trump continued. “In the 20 years since, it’s been obliterated, and it’s probably in worse shape now than it’s ever been because of him.”

“When Bush left the presidency, his approval rating was in the low-20s,” Trump noted. “I don’t know how he was that high. There must’ve been something wrong with the poll.”

Trump also did not mince words when asked whether Sen. Mitch McConnell, R-Ky., who has been the leader of Senate Republicans since 2007, should remain in that position going forward.

“I think Mitch McConnell has proven to be a disaster,” Trump said. “He’s not good for the Republican Party as a leader, and I wish I wouldn’t have endorsed him.”

“The Senate has to make a change at some point,” he said. “I don’t think it’s acceptable having him as a leader.”
Trump contrasted the willingness of Democrats to stay together and fight and the unwillingness of Republicans to stick together and do whatever it takes to win.

“The Democrats have become radicalized, and the Republicans don’t have good leadership because they don’t fight as hard,” Trump noted. “The Republicans, the leadership, should have fought harder for the presidential election.”

“Democrats have horrible policy, they’re vicious, but they stay together,” he noted.

During the interview, Trump acknowledged the widespread disgust that most Americans have for the professional political class in Washington, D.C.

“There’s a discontent with everything having to do with politics,” Trump said about the general political situation in the country. “People are so disgusted with the way people are being treated from the Jan. 6 situation. It’s a combination of that compared to how Antifa and BLM were treated. When you compare the treatment, it is so unjust, it is so unfair. It’s disgraceful.”

Trump also characterized the planned Sept. 18 rally at the U.S. Capitol as a “setup” meant to denigrate Republican voters regardless of what transpires.

When asked whether he would have done things differently in 2020 if he had known then what he knows now about the pandemic and the presidential campaign and its aftermath, Trump said he would have made different personnel choices.

“Well, you’d always do things differently,” he said. “I would’ve used different people in some cases. There are some people I would not have used who I didn’t think were very good, and that’s because I wasn’t a Washington person. I know everybody now.”

“Milley’s a television general, and he’s not very good at it,” Trump said, referring to Mark Milley who was recently revealed to have held secret conversations with communist China in which he promised to give them advanced notice of American battle plans against the communist behemoth. “He’s been a disaster for the current administration. He got weak-kneed.”

Trump said, however, that Milley is not indicative of all generals in the military.

“We have great generals,” he said, and noted that most people have never heard of them because they don’t spend all their time on television like Milley. “We took out ISIS, Soleimani, al-Baghdadi, and we did a lot of great work.”

When asked who he thought was actually running America — whether Biden himself is in charge or if someone else is calling the shots — Trump said he wasn’t sure.

“When you see that, something’s going on,” he added.

Trump said the corporate media’s kid gloves treatment of Biden was proof that the country’s news media was corrupt and untrustworthy.

And from Raw Story:

Donald Trump is worried about a Saturday rally in support of those arrested during the January 6th attack on the U.S. Capitol by his supporters seeking to overturn the election.

“Mr. Trump, aides said, has little interest in engaging with the protest and has no plans to be anywhere near Washington on Saturday,” The New York Times reported Wednesday. “Instead, his schedule includes a golf tournament at his Bedminster, N.J., club before he heads back down to his Mar-a-Lago resort in Florida, according to people familiar with his schedule.”

“Mr. Trump views the planned protest as a setup that the news media will use against him regardless of the outcome,” the newspaper reported, citing “people familiar with his thinking.”

The rally, being organized for former Trump campaign operative Matt Braynard, will backfire on Republicans, according to GOP strategist John Feehery.

Related Items
USA First Reporting
← Previous Story Biden Approval is in ‘Free Fall,’ Even on Covid: New Poll Shows It’s at Lowest Point in His Presidency
Next Story → Do NOT Quit Your Job If Forced To Take The Vaxx! Here’s Why and What To Do Instead….