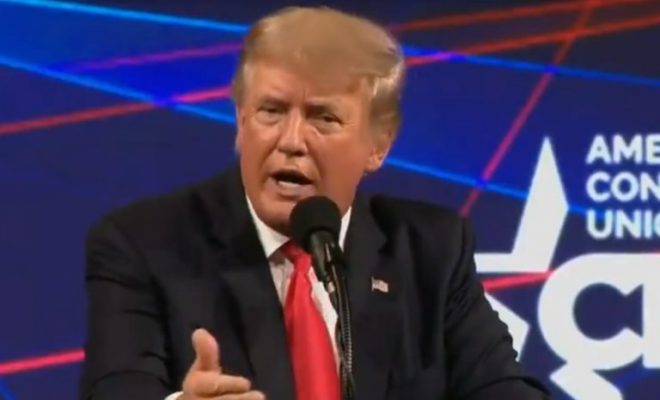 OR he is simply the Judas figure that we all accuse him of being.

To be fair, there are things I admire about Mike Pence in terms of his personal character. I like the fact that he doesn’t privately entertain women who aren’t his wife—especially when alcohol is involved.

Contrast this with the rampant sexual deviancy in Washington D.C. and politically elite circles…

That being said, he seems to be completely tone-deaf and he botched the decertification of the 2020 election—he didn’t have to certify those results, but he did anyway following the January 6th protests.

Maybe he was legitimately disturbed by the protests, or maybe he was ‘persuaded’ by members of the establishment…

Maybe he is just an outdated tweed-suit conservative that has completely lost touch with the modern movement—citing arcane structures and the preservation of a system that has failed us—the state has grown exponentially since the mid-20th century.

After all, there is the National Review conservative and then us—Pence is definitely the former.

Rumors and speculation have run wild since the fallout of the 2020 election and now that it appears highly likely that President Trump intends on running again in 2024, people want to know—will Pence be his running-mate once more?

Since the usurping of the White House and the transformation of the United States into an Ayn Rand novel over the past 2 years, Pence still hasn’t changed his tune, uttering such absurdities as “leave the F.B.I. alone“.

It likewise doesn’t help his image that everyone is now asking:

Trump spoke to the authors of “The Divider: Trump in the White House, 2017-2021,” a forthcoming book about his presidency slated for release next Tuesday, according to the Washington Examiner.

“It would be totally inappropriate,” the former president said. “Mike committed political suicide.”

Trump’s claims stem from Pence’s rejection of pressure from Trump to not certify the Electoral College votes of Arizona, Pennsylvania, Wisconsin, and Georgia – which President Joe Biden won in the 2020 presidential election – sent to Congress under provisions of the 12th Amendment.