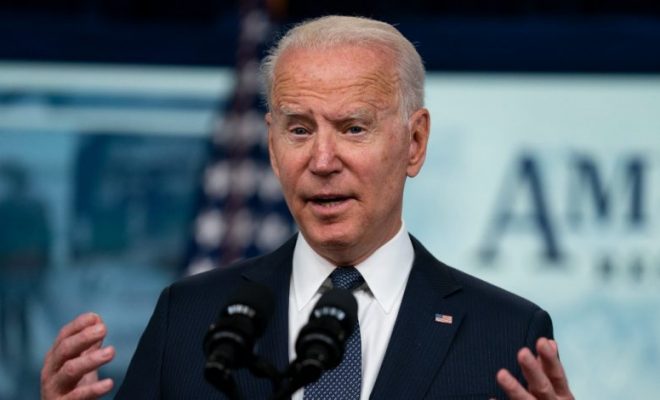 Polls: 90% of Voters Concerned About Fraud; 32% Say Biden Won Because of Voter Fraud

A brand new poll is a blow to Democrats.

According to a survey from Rasmussen Reports, a whopping 90 percent of American voters are concerned with election cheating.

A new Rasmussen Reports national telephone and online survey finds that 90% of Likely U.S. Voters think it is important to prevent cheating in elections, including 79% who say it’s Very Important.

Only seven percent (7%) of voters believe it’s not important to prevent election cheating.

Another Rasmussen poll found that most voters agree with Donald Trump on the need for state election reforms.

The poll found that 61 percent of likely voters agree with a statement Trump issued on his website, which said: “Election Reform must happen in Swing States like Pennsylvania, Michigan, Georgia, Wisconsin, and Arizona where voters have lost confidence in their electoral process.”

-That includes 42% who Strongly Agree. Thirty-four percent (34%) of voters disagree with Trump’s statement, including 25% who Strongly Disagree.

-The percentage of voters agreeing with Trump’s statement was larger than those agreeing with a quote from a recent speech by Biden, who said America is “facing the most significant test of our democracy since the Civil War.” Fifty-six percent (56%) agree with Biden, including 33% who Strongly Agree.

-Thirty-seven percent (37%) disagree with Biden, including 26% who strongly disagree.

Late last month, a poll found that one-third of Americans believe that Joe Biden won the 2020 presidential election because of fraud, according to a new Monmouth University poll.

The poll found that 32 percent of respondents believe fraud was the reason Biden won the presidential election.

Sixty-three percent of GOP voters and Republican-leaning voters say that Biden was not legitimately elected president.

The Monmouth poll found that 14 percent said they will never accept Biden as the legitimate president.

Thirty-three percent of respondents said they believe efforts by state legislatures to audit the results of the 2020 election are legitimate.

Earlier this month, another poll found that almost a third of Republican voters believe Donald Trump will be reinstated as president this year.Advertisement

A new Politico/Morning Consult poll asked respondents how likely they think it is “that former President Donald Trump will be reinstated as U.S. President this year, if at all?”

Seventeen percent of Republicans say it is “very likely,” while 12% say it is “somewhat likely.”

Among Democrats, only 7% believe it is “very likely,” and 6% think it is “somewhat likely.”

Of independents, 17% believe it is “very likely” or “somewhat likely.”