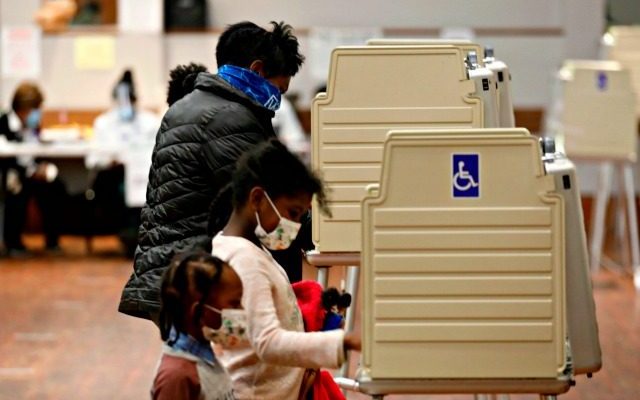 Poll: 72% In Favor of Requiring Photo ID to Vote

The poll shows public support for voter reform on both sides of the aisle. Seventy-two percent of those polled supported some sort of voter identification requirements. Ninety-one percent of Republicans backed requiring all voters to provide photo ID in order to vote. Fifty-six percent of Democrats said the same.

The poll also found an overall 60 percent of Americans think adults should automatically be registered to vote when they get their driver’s license or any state identification card. Forty-seven percent of Republicans and a majority (76 percent) of Democrats wanted to see this happen across the country.

Also, an overall 53 percent of Americans feel people should be allowed to register and vote on the same day at the polling place. Only 38 percent of Republicans supported such a measure, while a majority (60 percent) of Democrats did.
In March, the U.S. House of Representatives passed H.R. 1, otherwise known as the “For the People Act,” which Republicans warn will compromise election integrity and ultimately lead to the federalization of U.S. elections. The Democrats claim it will help make it easier for Americans to vote and includes same-day voter registration for federal elections, automatic voter registration through state agencies, and a minimum two-week early voting period across all states.

Georgia and Texas are both working on passing separate voter integrity bills in their own state.

We definitely need to require photo ID’s.
Mexico it’s law. Attached is a link of an example of one: