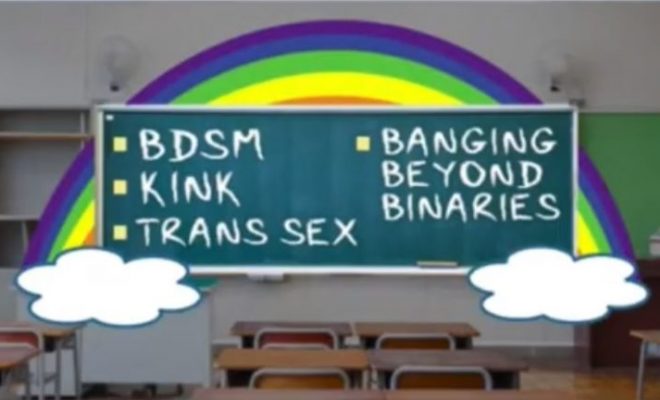 Schools and teachers have destroyed the trust they used to have with parents.

Teachers from a Philadelphia school district were encouraged to attend a transgender conference last year in order to “learn more about the issues facing the trans community.”

The content of the July, 2021 “Philadelphia Trans Wellness Conference” featured presenters who were sexually explicit in their presentations.

Video from the conference has been released, and the content is quite disturbing.

Christopher F. Rufo broke the story on the seminar, which was pushed by the district’s Office of Diversity, Equity, and Inclusion.

The language and behavior used by the presenters is downright disgusting.

Before watching these videos, viewer discretion is advised:

Christopher Rufo, who published a story about this “Philadelphia Trans Wellness Conference” seminar, said that the school district’s Office of Diversity, Equity, and Inclusion wanted teachers to go to the event to “learn more about the issues facing the trans community.”

Specifically, their presentation was about prosthetics that people can use for sex.

“I have tried and touched many dicks, alright? Prosthetics, real dicks, all dicks. This is one of the most realistic feeling, in terms of like the inside of a penis,” Chase Ross said about one of the products.

This is where your tax dollars are going…

Christopher F. Rufo posted more about the conference on City-Journal: