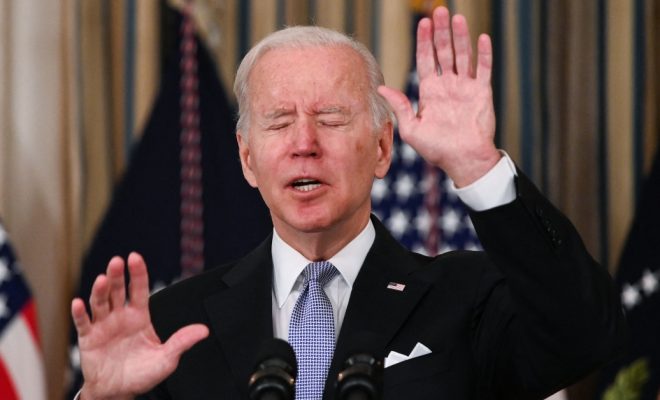 After the Biden administration repeatedly assured Americans for weeks ahead of the pullout from Afghanistan that no U.S. citizens would be abandoned there, the Pentagon has revealed in a memo that it is working to extract several dozen Americans who were the immediate family of U.S. service members from the war-torn country.

“The Pentagon is stepping up efforts to get family members of U.S. troops out of Afghanistan, creating a database of the dozens who are trapped there,” NBC News reported.

“On Thursday, more than two months after the U.S. military withdrew completely from Afghanistan, Undersecretary of Defense for Policy Colin Kahl issued a memo asking any U.S. military personnel and DOD civilians with immediate family members who need help leaving Afghanistan to email his office,”

The memo, obtained by NBC News, instructs service members and Defense Department civilians to email a specific address with the subject “immediate family member.” In addition to names, the emails will need to include passport, contact and other personal information about the family members so they can be added to the database.

MUST READ: If You Have Any Type of Retirement Savings…

Up to this point, according to defense officials, individual branches were tracking cases of military personnel with family members who are still stuck in the Taliban-controlled country.

According to one defense official, the individual branches will continue on their own, though the memo indicates “a more deliberate effort at the DOD level” to see how many Americans are actually affected, adding that now, suddenly, the Biden administration is pushing to get those citizens out.

“There is an increased desire to make sure that as we make this push that we have every situation accounted for,” the official told NBC News, noting further defense officials are attempting to “expand the reach” to encompass more military families.Advertisement

Republicans in Congress have been pressuring the Biden administration to do more to get remaining Americans out of the country. In late September, for instance, Rep. Michael McCaul (R-Texas) sent a letter to Defense Secretary Lloyd Austin and Secretary of State Antony Blinken stating, “If we abandon the family members of our servicemen and women in Afghanistan, they will certainly be slaughtered by the Taliban.”

The United States’ deadly and chaotic exit from Afghanistan has left a stain on our country for generations. Many Americans have been left behind by the Biden Administration and thousands, if not tens of thousands of our Afghan partners and their families were also abandoned.

Did you see this? Do THIS Or Pledge Your Retirement To The Democrats! You need to make sure your finances (especially your retirement savings) are safe.

Over the last month, I have been contacted by hundreds of Texans who are desperately trying to get friends and family members safely out of the country. While we have been able to help some, many are trapped. There are reports of several hundred of people, including American citizens, who have been waiting over a week for charter flights to take off from Mazar-i-Sharif airport.

That includes the family members of several Texans who currently serve in the military. They have been working night and day to safely evacuate their family members. But their efforts so far have not been successful. These brave men and women have volunteered to risk their lives to protect our country. Yet, now, when they need us the most, the federal government has turned our backs on them. If we abandon the family members of our servicemen and women in Afghanistan, they will certainly be slaughtered by the Taliban.