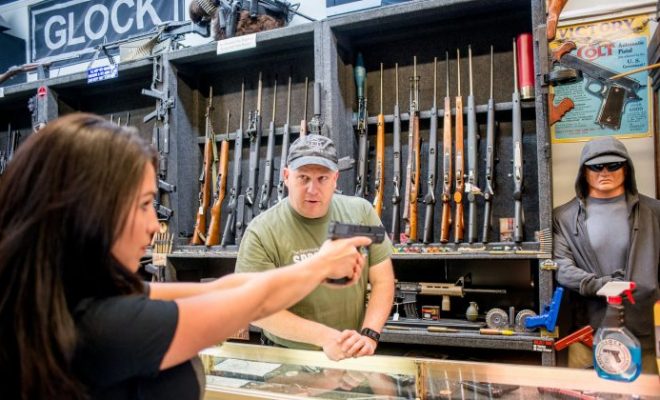 A bill requiring photo identification to purchase firearm ammunition in Pennsylvania is intended to keep loaded guns out of the hands of minors, according to its sponsor, Democratic state Rep. Brian Kirkland.

Current law prohibits ammunition from being sold to anyone the seller has reasonable cause to believe is younger than 18 or 21 depending on the type of ammunition. However, sellers are not required to verify the buyer’s age by asking to see an ID.

The legislation would require all ammunition buyers in Pennsylvania to provide an official form of photographic identification with every purchase of ammunition. It would reinforce current law, ensuring ammunition is not sold to children, without infringing on any individual’s Second Amendment rights, Kirkland said.

“This is very safe legislation, “Kirkland told The Epoch Times. “I don’t think this is making it harder for anyone to get a gun. You get carded to buy alcohol or tobacco. There is no accountability for the person selling ammunition.”

The plan adds accountability by imposing on sellers a $1,000 fine for a first offense, $2,000 for a second offense, $3,000 for a third offense, and any offenses after that would result in a 30-day prohibition on selling ammunitions.

“With the gun violence in my neighborhood (Chester, Pa.) and Philadelphia and Pittsburgh— you just see every time you turn the TV on, it’s a 15-, 16-, 17-year old being shot or doing the shooting,” Kirkland said. “They are going to have illegal guns or ghost guns on the streets. They need ammunition to use them.” He added that some teens look like adults and currently it is possible for them to walk into a gun shop and buy ammunition.

“This seems like something we should have in place. If we can agree to make laws on alcohol and tobacco age limits, this should be something we can all agree on. We are not taking anyone’s guns away.”

The bill has 19 Democrat cosponsors. Kirkland has proposed this legislation every legislative session since 2018 but he says the bill has never moved in committee.

“I’m hoping I can get some bipartisan support,” he said.

Gun Owners of America Pennsylvania Director Val Finnell says his group is opposed to the proposal.

“There are already laws in place about purchasing ammunition,” Finnell told The Epoch Times.

Pennsylvania law makes it a misdemeanor for anyone to sell ammunition or a deadly weapon to a minor.

“I don’t know why there are age restrictions to purchase ammunition. It’s just another restriction placed on our constitutional rights,” Finnell said. “The Democrats are against voter ID laws. But they are for ID when buying guns and ammunition. To me, it’s just hypocrisy. There shouldn’t be a restriction.”

When it comes to providing identification for voting, Kirkland said there have not been many cases of voter fraud, although he did mention someone was caught voting for a dead relative in his district. He remains opposed to voter ID.