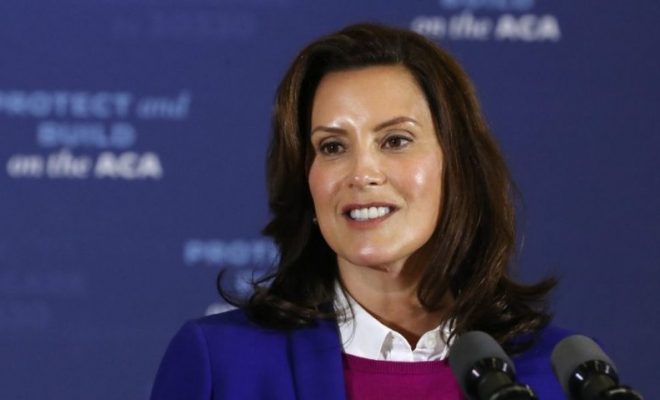 Of States with the Most New COVID Cases Per Capita, 9 Out of 10 Are Run by Democrats

From a quick glance at the standings, the Neanderthals appear to be winning.

But when the federal Centers for Disease Control and Prevention on Tuesday released its state-by-state scorecard on COVID-19 cases, most of the “leaders” were states run by Democrats that were clinging to mask mandates and lockdowns.

Texas, which triggered Biden’s “Neanderthal” jab, was at 62.3 cases per 100,000 people over the past seven days, according to the CDC.

The only Republican-led state in the top tier of states was sparsely populated Alaska at 231.2, even though its number of reported cases — 1,691 — was in the bottom tier of all states. For the sake of context, Michigan had 47,036 cases over the past seven days.

The state with the lowest seven-day average was Arkansas, which lifted its mask mandate on March 30. The Natural State had a rate of 36.1 cases per 100,000 of population, well below the national average of 133.8.

Although Biden has said ending mask mandates is a mistake, few governors are listening.

“Let me get this straight – POTUS Biden wants Mississippi to reverse course and reinstate a mask mandate because cases are going up in New York and New Jersey,” Republican Mississippi Gov. Tate Reeves tweeted last week.

“No thank you, Mr. President.”

Democratic Michigan Gov. Gretchen Whitmer was criticized for her state’s approach to the pandemic, which has relied on lockdowns and executive orders.

“From the start of this pandemic, Whitmer has been more focused on the political science rather than the actual science, which is why Michigan is seeing an increase, compared to most of the country, where numbers are falling.”

“Gretchen Whitmer is asleep at the wheel while COVID-19 rages on in Michigan,” Gustafson said in a statement.

Whitmer is a terrible Governor and needs to be recalled and if not, hopefully Michiganders will vote her and her fellow demonrats out of office!

How many times have people said that “herd immunity” is the best approach. You can’t build up immunities to a virus if you don’t get any exposure. Yes, people will get sick, yes some people will die (that has happened and will happen either way) but the vast majority of people would have been able to fight this off and have natural immunity built up to combat this and the variant viruses coming along. STOP LIVING IN A BUBBLE! It just doesn’t work!