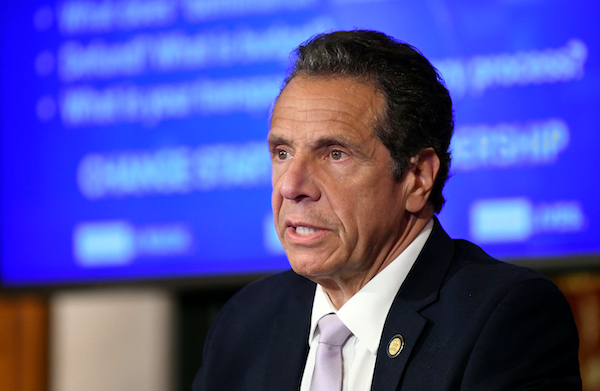 On Wednesday, the New York District Attorney announced that a criminal probe into sexual abuse allegations against Democratic governor Andrew Cuomo had been launched.

The news came after New York Attorney General Letitia James released a bombshell statement, detailing the findings of her probe into allegations of sexual abuse by Cuomo. James revealed that her investigation found that Cuomo “sexually harassed multiple women.”

“New York Gov. Andrew Cuomo sexually harassed multiple women and then retaliated against a former employee who complained publicly about his conduct, according to a bombshell report that will be released Tuesday by state Attorney General Letitia James,” reports CNBC.

James made it clear that she believes Cuomo broke state and federal law and called on the District Attorney to take any necessary action against Cuomo.

“The New York attorney general’s report on Gov. Andrew Cuomo’s alleged sexual harassment may be only the beginning, as Albany County District Attorney David Soares confirmed that his office has launched a criminal investigation of the Democratic governor,” Fox News reported on Wednesday. “Soares said following the release of Attorney General Letitia James’ report that his office is looking into the allegations against Cuomo for possible criminal charges.”

During an interview with NBC News, Soares indicated that he had no choice but to pursue an investigation into Cuomo

“I think after today’s presentation, it’s pretty clear that we have an obligation here, and thus we’ve reached out to the attorney general’s office seeking all of the evidence upon which they uncovered and relied upon to author their report,” he said.

Soares asserted that he and other prosecutors had reason “to believe that criminal activity in fact had indeed taken place.”

“For any victim that’s out there who’s watching this transmission, please reach out to our office and we will conduct our investigation as discretely as possible,” Soares also said to host Lester Holt.

It is not clear whether federal authorities are also pursuing a criminal probe, even though James did note that she believed her investigation produced evidence of violations of federal law. The Department of Justice had been pursuing an investigation into Cuomo’s order, issued early in the pandemic, that forced nursing homes and other residential care facilities to accept patients who were recovering from COVID-19 infections, regardless of whether they still tested positive for the virus.

Although that order likely led to the deaths of thousands of New Yorkers, the Biden Administration announced last month that it did not plan to pursue investigations related to those orders in New York, Michigan, or other states that had those policies.

President Joe Biden reiterated his call for Andrew Cuomo to resign during his press conference on Tuesday.

What are your thoughts? Let us know in the comments below!

The revelation of criminal activity and the pursuit of justice gives Americans confidence that justice will be done. In the midst of the most disastrous presidency in history it’s a ray of hope.