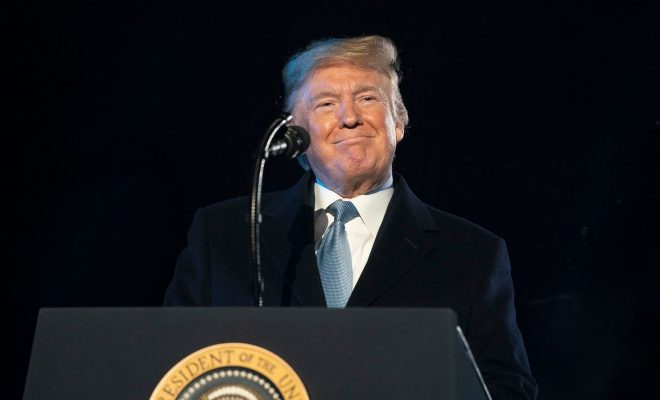 According to a recent poll, reports of President Donald Trump’s demise as GOP figurehead may be highly exaggerated.

The poll results can be seen here:

Big League Politics has reported on RINOs coming out of the woodwork to declare Trump as dead and non-viable in an attempt to gaslight Republican voters into ditching their heroic leader:

“After the disappointing results in the midterm elections earlier this week, the GOP establishment is throwing President Trump under the bus.

Leading the charge of traitors is Virginia Lieutenant Governor Winsome Sears, who was pushed into office largely because of support from conservative Trump supporters last year.

Now, she has thrown Trump under the bus in order to propel her own ambitions. She said she “could not support” Trump’s presidential ambitions in 2024 during an appearance on Fox Business.

However, despite his incredible performance, she says that he must not run for President because the midterms meant the public no longer wants him in office.

“When we look at the mission…you know, the voters have spoken and they have said that they want a different leader, and a true leader understands when they have become a liability,” Sears said.

“A true leader understands that it is time to step off the stage, and the voters have given us that very clear message because this is about America,” she added.

Sears stumbled through some barely intelligible drivel and platitudes to justify the sentiments that she believes will give her the establishment support she needs to become the next Virginia governor.

“A house divided against itself cannot stand, and indeed that is where we are today. And as I said before, America is the prize. Why do we want to win elections? It’s because we’ve got to learn to love each other, live together, govern together, and the voters are saying enough is enough,” Sears said, before claiming that she “could not support” Trump.”

Trump is not going to give up his well-earned position as the leader of the Republican Party. Any potential opponents would be wise not to run into the buzz saw in 2024.