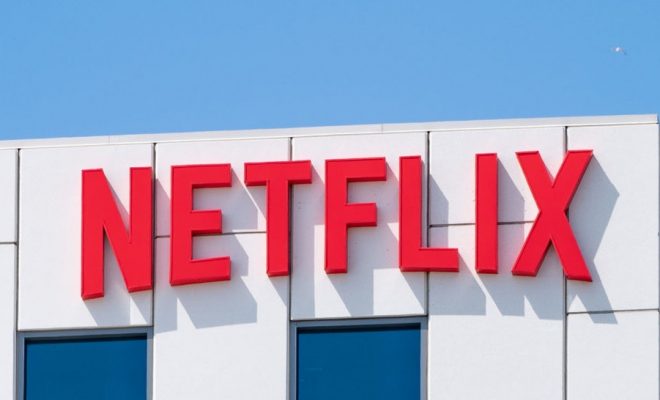 The problems for the Hollywood Foreign Press Association (HFPA), which oversees the Golden Globes, continue. Now Netflix says it won’t work with the organization until it makes “more meaningful changes.”

Deadline reported that Netflix CEO Ted Sarandos wrote a letter to the HFPA’s Leadership Committee critical of the committee’s recent scandals, including accusations of ethical violations and a lack of diversity. Last month, two prominent members resigned in frustration.

“Like many in our industry, we’ve been waiting for today’s announcement in the hope that you would acknowledge the breadth of issues facing the HFPA and provide a clear roadmap for change,” Sarandos wrote.

Sarandos wrote the letter on May 6, just after the HFPA’s leaders overwhelmingly voted to adopt a proposal that would overhaul the organization and promote inclusion after it was revealed earlier this year it had not a single black member. As Deadline noted, the HFPA hoped the adoption of the new proposal would signal a turning point for the organization.

“Today’s vote is an important first step,” Sarandos wrote in his letter to the HFPA. “However, we don’t believe these proposed new policies — particularly around the size and speed of membership growth — will tackle the HFPA’s systemic diversity and inclusion challenges, or the lack of clear standards for how your members should operate. So we’re stopping any activities with your organization until more meaningful changes are made.”

“We know that you have many well-intentioned members who want real change — and that all of us have more work to do to create an equitable and inclusive industry,” Sarandos concluded. “But Netflix and many of the talent and creators we work with cannot ignore the HFPA’s collective failure to address these crucial issues with urgency and rigor.”

As Deadline reported, Netflix cutting off the HFPA from talent and content could seriously hurt the Golden Globes:

[L]et’s translate that into raw math for the annual Globes ceremony, which NBC pays $60 million a year to air: Netflix dominated this year’s Golden Globes nominations among studios and streamers with 42 overall and came away with six wins — four for its drama series The Crown, along with wins for The Queen’s Gambit and Chadwick Boseman’s performance in Ma Rainey’s Black Bottom. That total was triple the wins from any other distributor at the HFPA’s 78th annual event.

The HFPA eventually responded to Deadline’s request for comment, writing in response to Sarandos’ letter, “We hear your concerns about the changes our association needs to make and want to assure you that we are working diligently on all of them.”

“We would love to meet with you and your team so we can review the very specific actions that are already in the works,” HFPA president Ali Sar wrote to Netflix. “An open dialogue would help to ensure that we are addressing these concerns as quickly as possible.”

To here this and to think people call the Republicans racist. This is typical of what we’ve been learning for a long time. When the Dems. say something bad about the Reps., the Dems. are the one’s actually doing it!!

I was debating on canceling my Netflix account, thank you Netflix for making the decision for me. Piss off the majority which we are weather you want to admit it or not, and you will lose! Good luck, you will need it!