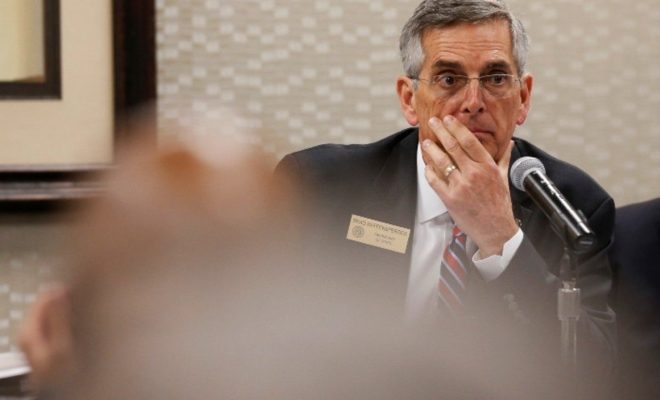 Several Georgia counties are now accused of vote fraud in the 2020 election.

Atlanta businessman LeVell told OAN Gwinnett, DeKalb, Fulton, and Clayton were counties that also need to be investigated. LeVell told Scott there were numerous witnesses to fraud in the state of Georgia.

Rep. Jody Hice (R-GA) is calling for a forensic investigation of the Georgia 2020 presidential elect

Secretary of State has worked to suppress the election fraud.

OAN’s Scott Wheeler will discuss the latest allegations this weekend.

ANY election that utilizes mail-ins, ballot-harvesting, machine-counting and no ID requirement is GUARANTEED to be fraudulent.

The 2020 election is filled with fraud and should be overturned and given to the true winner President Trump.

That’s what I’ve been crowin’ about all this year DAMMIT !!!