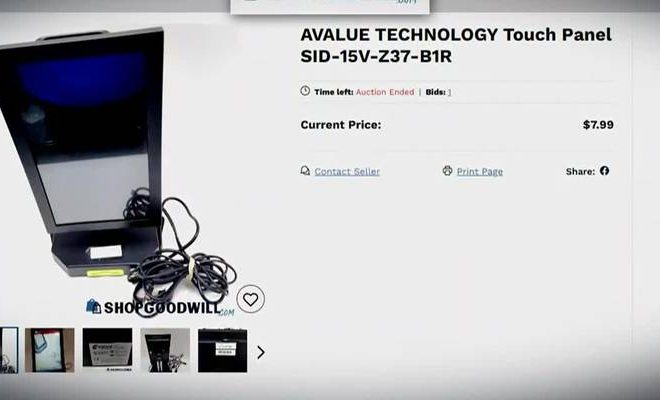 Michigan Elections So ‘Secure’ Missing Voting Machine Bought for $7.99 at Goodwill Then Auctioned Off

Authorities are still investigating why a Dominion Voting machine was left at a Goodwill store in Northern Michigan. The investigation has grown to involve Michigan Secretary of State Jocelyn Benson and the Michigan State Police.

The machine was purchased online from Goodwill for $7.99 by Ean Hutchinson, who lives in neighboring Ohio, CNN reported. Hutchinson then sold it on eBay for $1,200 to Harri Hursti, a Connecticut cybersecurity expert.

Hursti, who investigates election discrepancies and was featured in HBO’s documentary “Kill Chain: The Cyber War on America’s Elections,” understood the significance of the find.

Hursti contacted the Michigan secretary of state’s office before the device even arrived, believing that type of device was still in use in Michigan. As it turned out, he was right. The authorities told Hursti not to open the box the machine arrived in and to preserve it for law enforcement.

A few days later, a Michigan official emailed Hursti: “We have determined this device originated in one of our jurisdictions. The jurisdiction has now reported the device to law enforcement as stolen.”

Benson released a statement regarding the incident, saying, “We are actively working with law enforcement to investigate allegations of an illegal attempt to sell a voter assist terminal acquired in Michigan.”

“Voter assist terminals are not used to tabulate ballots, but are typically used by voters with disabilities who need assistance marking their ballot privately at polling places,” she said.

“While our elections remain secure and safe, we take seriously all violations of election law and will be working with relevant authorities to ensure there are consequences for those who break the law,” Benson said.

“No election data was on it and you can’t get into the machine without the program cards and those were all accounted for,” according to Wexford County Clerk Alaina Nyman, who spoke to Cadillac News,

“At this time, there is an ongoing investigation into this matter,” she wrote. “The county is working diligently with the Michigan State Police to ensure this matter is handled accordingly.”

“Please know that election security in Wexford County, has been, and will continue to be, one of my top priorities as the county clerk.”

Colfax Township Clerk Becky Stoddard, confirmed to the outlet that the device was a VAT, or Voter Assist Terminal, used to mark ballots by disabled or handicapped voters

“It is a tablet for handicapped voters. No election data is on it. It was never used by the public and I’m the only person who voted on it in six or seven years,” Stoddard said. “The MSP is investigating and I’m not sure what happened.”

Stoddard told Cadillac News that moving forward, “We are going to do things differently and will sign things in and out.”