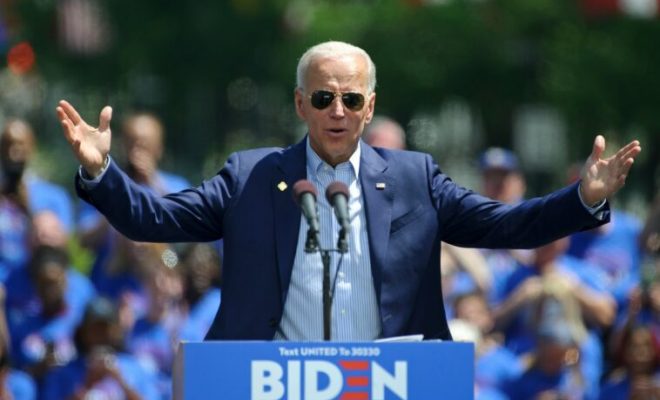 Well America, our radical federal government has pushed our nation up to the cliff’s edge.

TRENDING: This Pocket-Sized “Power Plant” Sold Out in Less Than 48 Hours – Now It’s Finally Back in Stock

In a sign of political arrogance, the Democrats, without a national mandate and with only razor-thin margins in both chambers of the U.S. Congress, is close to giving amnesty to over 8.5 million-plus foreign nationals.

Did you see this? 419,932 Americans Are Using THIS Solar Gadget to Survive a Dangerous Emergency

The Democrats’ Build Back Better (BBB) bill will add millions of new immigrants to the U.S. population in the first 10 years, on top of an amnesty for roughly 6.5 million people, according to the Congressional Budget Office (CBO).

A few million other people, most of whom are already in the United States, would gain LPR [legal permanent residence, or green cards] status through the provisions in sections 60002 and 60003 or as immediate relatives of those who gain LPR status under the bill.

At least one million chain migrants would benefit, plus a majority of the one million foreign contract workers who are now using real or faked H-1B visas and other work permits to take jobs in the United States.

The bill provides contract workers and their families with U.S green cards. These coveted cards can be converted into citizenship, voting rights, and the ability to bring in chain migrants, after just five years.

This globalist-friendly bill also takes away white-collar high paying jobs from U.S. graduates. Roughly one million contract workers, mostly from India, are now working to get the green cards — and roughly 400,000 more are imported each year to take more of the jobs sought by each year’s employment pool of 800,000 new U.S. skilled graduates.

The GOP opposition is shown by a November 4 op-ed from Sen. Bill Hagerty (R-TN) and Rep. Jim Banks (R-IN):

Buried in the “Build Back Better” legislation … are several jaw-dropping immigration provisions that would sell out American workers for the benefit of the largest and most influential corporate interests.

Under current law, only about 140,000 foreign workers and family members can get green cards each year.

In addition to the Indian contract workers, the bill also opens the nation’s borders to at least 3 million pending migrants who have been sponsored by recent immigrants.

The CBO reference to “millions” suggests that at least one million of these waiting chain migrants will get green cards from the Democrats’ bill during the next 10 years.

The BBB bill would allow the current waiting list of 4 million chain migrants to pick up green cards if they can fly into the United States as tourists.

Close to 230,000 chain migrants currently get green cards each year. The BBB legislation would likely double the chain migration inflow.