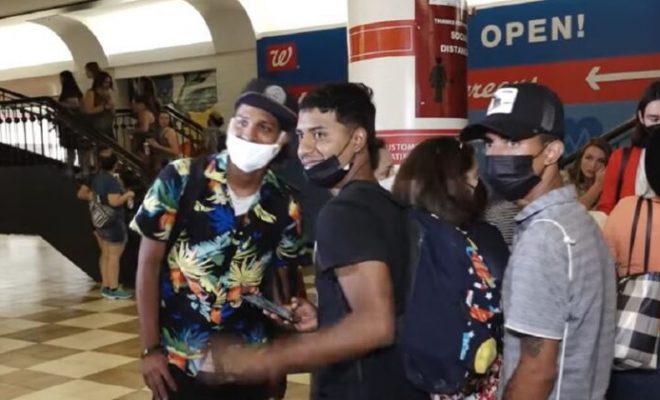 LOL! Even The Mayor Of One Of America’s Most Liberal Cities Is Rejecting Biden’s Illegal Immigrants

In 2021, Biden set a record for the number of illegal immigrants that he allowed in to our country.

Over a million people flooded across the border without being properly vetted or permitted in.

Biden has done nothing to stem the tide of illegal immigration and has even encouraged it.

Last month, Biden repealed a pandemic-era order that allowed the United States to keep large numbers of illegal immigrants out and to expel them.

Biden also repealed the Remain in Mexico policy that Trump enacted that kept asylum seekers in Mexico while their claims were being processed.

Now, even liberal mayors like New York mayor Eric Adams are fed up with his reckless border policy and are pushing back against the thousands of illegals being shipped to their cities.

The Biden Administration is shipping illegal immigrants to New York City despite the migrants having no local ties to the area and NYC mayor Eric Adams claimed Tuesday that the city cannot handle the influx without federal help.

Fox News reports that Adams said, “In some instances, families are arriving on buses sent by the Texas and Arizona governments, while in other cases, it appears that individuals are being sent by the federal government.” Adams said he cannot handle the recent increase of over 2,800 migrants into NYC’s homeless and public welfare programs.

In April, Texas Governor Greg Abbott announced that his state would provide charter buses to send illegal immigrants to Washington, DC and other Democrat-led cities. Adams noted that it’s not just state officials who are directing border crossers to the city that never sleeps, it’s the Biden Administration.

The Biden Administration has seen a record-high number of illegal immigrants pouring into the United States along the country’s southern border.