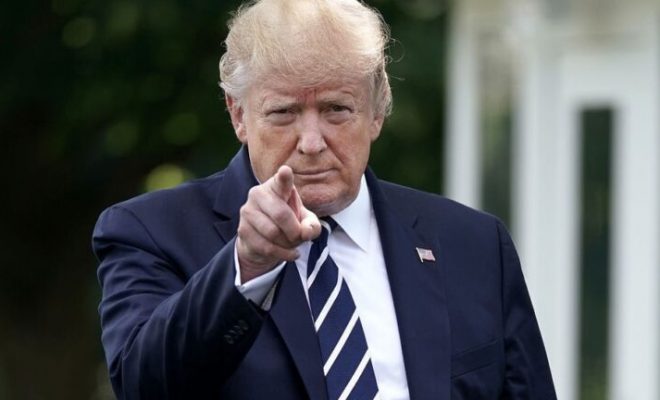 Will he try again to take the White House or just become a kingmaker and social media mogul instead?

“He has told us to stay tuned and that this is not over for him, and he has indicated that he probably would be interested in running again in 2024,” Lara Trump, wife of Eric Trump, told Fox News Sunday.

She made her comments ahead of a scheduled appearance by the former president at the annual Conservative Political Action Conference in Orlando, beginning on Thursday.

“He is really the person that everyone will continue to turn to, in order to help them get across the line, whether we’re talking about 2022 or beyond,” she said, adding that Trump is the “head of the Republican Party.”

“I think this man has changed politics, and he has changed our party, the Republican Party. There is no doubt about it,” she added.

Lara Trump, meanwhile, is purportedly interested in running for the U.S. Senate in North Carolina.

As for the former president, just last week he told Newsmax TV’s Greg Kelly it was “too early” to made a determination about what he plans to do in the future.

“I’m the only guy who gets impeached and my numbers go up,” he added.

The former president’s senior adviser Jason Miller said last week that Trump will speak about the future of the GOP and what lessons were learned during the 2020 election.

In an interview with Newsmax TV, Miller said Trump plans to share his views on growing GOP support for his “America First” and how the party can gain ground and even win back Congress in 2022 and 2024.

“I think what you’re going to hear President Trump talk about next Sunday on the 28th is the future of the Republican Party and the number of lessons that we learned in 2020, where we saw President Trump bring in a record amount of African American voters, Latino American voters on the GOP side, bigger numbers than we’ve seen in modern Republican presidential history,” Miller said. “We have to keep these voters engaged in the party.”

Axios reported Monday that Trump will tell the CPAC convention his is the GOP’s “presumptive 2024 nominee” and has full control of the party’s base, which expanded to include more women and more minorities ever for a GOP presidential candidate since Reagan.

“The few Republicans who have spoken ill of Trump since the election — including House members who voted to impeach him, and senators who voted to convict — have found themselves censured, challenged and vilified by the parties in their home states,” Axios reported, underscoring the party’s support for Trump.

I will certainly vote for him

I will too Fred. He’s the only one that can bring us out of the devistation that joe is leading this great nation into. I pray he’ll not be too late.

Truly Trump has changed the political landscape. Women, Men, adults and even children feel the right moment. A nation whose God is the Lord. The sanctity of life from conception, the sacredness of marriage and the family. The richness and ownership of our land and its riches. He embodies all those beliefs and that will draw even more millions to elect him and those who are faithful to those principles. Law and order. Constitucional rights to freedom. The whole world would love that. America has had it and will fight to keep it. In God we trust.