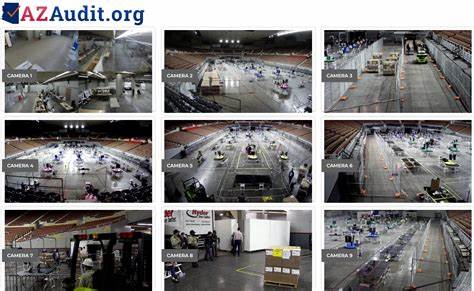 The fight against the Arizona audit is beginning.

An Arizona judge has ordered the Arizona senate to produce election records related to the audit.

The documents were sought by a left-leaning group.

From The Washington Examiner:

An Arizona judge ordered the state’s Republican-led Senate to produce records related to its audit of the 2020 election in Maricopa County, delivering a big win for critics of the controversial review.

American Oversight sued Republican state Senate President Karen Fann in May, listing state Senate Judiciary Committee Chairman Warren Petersen and the state Senate itself as additional defendants, and invoked the Arizona Public Records Law in search of access to communications and other records between the Senate and its lead audit contractor, Cyber Ninjas.

Of course, Maricopa County and Dominion are allowed to duck subpoenas.

Just do as the Demoscum do. REFUSE or IGNORE the subpoena!

TIT FOR TAT ! Since the Auditors have requested the Dominion passwords,and the ROUTERS first , Time to do business !!! “”LET’S ROLL”” !!!