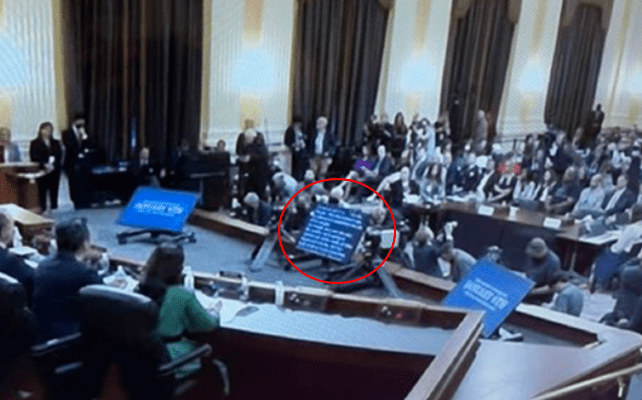 The J6 panel is completely scripted!

Photos of the J6 panel’s teleprompters were shared on Twitter.

The photos depicted several members of the J6 committee using monitors that have sentenced-by-sentence dialogues on what to say.

Breitbart broke the story and shared these details:

Members of the January 6 Committee reportedly used teleprompters during the primetime hearing on Thursday evening.

Photos appear to show a running teleprompter in front of the committee’s nine members while they were making statements and playing video evidence.

“WOW they are using teleprompters,” the House Republicans’ Twitter profile posted along with a photo that featured the members and a teleprompter.

Despite the House resolution creating the January 6 committee requiring Speaker Nancy Pelosi (D-CA) to appoint five out of 13 Republicans after consulting with House Republican Leader Kevin McCarthy (R-CA), Pelosi handpicked anti-Trump Republicans Cheney and Kinzinger to serve on the committee.

It looks as if the January 6th hearings are just one big Hollywood production that is just looking to boost ratings amongst left-leaning news outlets.