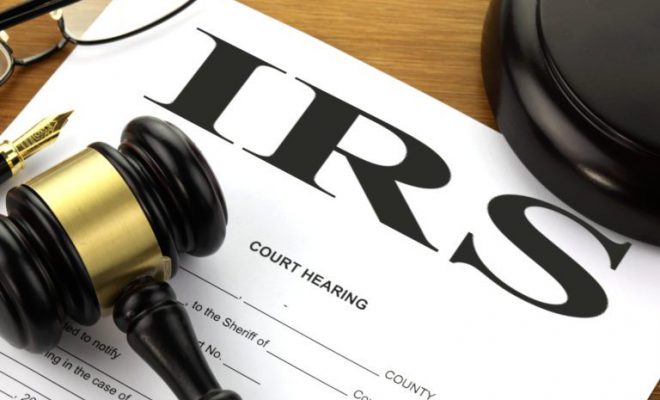 IRS Employees to be Audited to Find Tax Cheats

The Treasury Department’s internal watchdog will audit the IRS to ensure its own agents are paying taxes.

“The Treasury Inspector General for Tax Administration has previously found that hundreds of IRS employees may have failed to pay their own taxes, with some offering excuses such as they didn’t know how. Some were even re-hired for a second stint at the agency after being fired for ‘willful failure to properly file their Federal tax returns,’” The Daily Wire reports.

“Ironically, hundreds of employees at the IRS itself may have willfully failed to pay their taxes. More than 300 of these were repeat offenders, yet the tax agency did little to discipline the tax offenders on its payroll,” Ernst said Wednesday.

“Before Biden’s army of auditors starts harassing innocent taxpayers, let’s first make sure the tax collectors have paid their own taxes.”

From The Daily Wire:

Ernst wrote to Inspector General J. Russell George this summer voting that his office found in 2019 that 1,250 IRS employees had not paid their tax bills in full or on time, including hundreds of whom were willfully delinquent or repeat offenders, and that the tax collecting agency had “done little to discipline these tax cheats on its own payroll.”

With Democrats and President Biden ramming through legislation to double the size of the IRS workforce, conservatives and even the nonpartisan Congressional Budget Office expects more aggressive audits of middle class taxpayers.

“Innocent, hardworking Americans should not be subjected to unfair and costly IRS audits when the agency is ignoring tax cheats on its own payroll,” Ernst wrote.

The IG responded that at her request, it would audit the department to find out how many employees are not “fully compliant on their Federal tax obligations” and the number of current workers who were brought back after being fired or retiring following performance issues, including failure to fully pay their taxes.

The Democrat plan to essentially morph the IRS into an extortion army is part of the Inflation Reduction Act.

Instead, it gives Democrats more power to wreak havoc on the lives of working-class Americans.

J. Russell George, the Treasury inspector general for tax administration, confirmed in an Aug. 30 letter to Ms. Ernst that he would take on the audit.

Mr. George said he will look at current IRS employees “who are not fully compliant” with their taxes and employees the IRS rehires despite previous tax problems.

He said he will make recommendations to the agency on steps to take.

Mr. George led a similar audit several years ago. In that report, he identified 1,250 agency employees who failed to pay their full taxes in 2017. That was nearly 2% of the agency’s workforce.

Perhaps a worse offense, at a time when the IRS is about to embark on a hiring spree, is the agency’s penchant for bringing back employees despite tax or behavior problems.

A 2017 report by Mr. George found that 10% of former employees rehired by the IRS during a 15-month period under President Obama had been fired or let go while under investigation for “a substantial conduct or performance issue.”

Four of those employees were suspected to have been intentional tax cheats, and another four had stolen access to taxpayers’ records. In 86 cases, employees had problems showing up to work, yet were rehired.

Related Items
USA First Reporting
← Previous Story BREAKING Trump Confirms He Would Not Choose Pence As Running Mate Again…Here’s Why…
Next Story → WARNING: Are You Ready For The Market “COLLAPSE”? The Time Is Urgent…