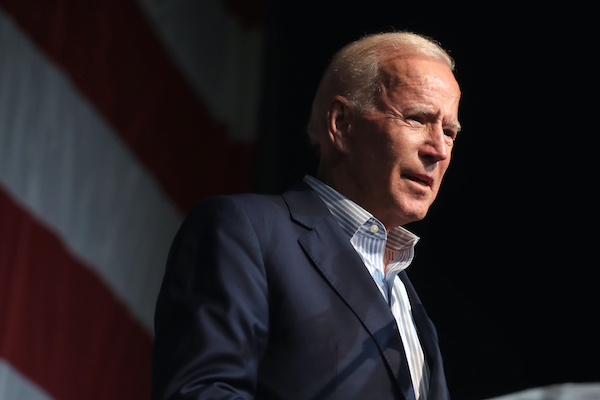 IMPEACH HIM! Joe Biden Admitted to Being Arrested After Trespassing at the Senate Chamber at 21

A recently uncovered video clip of President Joe Biden shows him admitting that he was once arrested for trespassing at the US Capitol when he was 21 years old. The revelation comes after Democrats have demonized President Trump and his supporters for the past several months after a handful of protesters stormed the US Capitol.

The comments from Biden came in 2007 during an interview with David Letterman.

In a 2007 appearance on David Letterman, then-Sen. Joe Biden, D-Del., claimed he was arrested at the U.S. Capitol when he was 21 years old.

Letterman asked Biden what it was like to walk into the U.S. Senate chamber after being elected at the age of 29.

Biden said he had actually walked into the Senate chamber when he was 21 and got arrested.

Recounting the details of the arrest – which apparently happened on a Saturday – Biden said had been visiting some friends at Georgetown University, and decided to visit Washington because he “was fascinated with the Senate.”

“In those days, no guards stopping you everywhere. And they just got out of session. I walked in the back, all of the sudden I found myself in the chamber. I was stunned. I walked up, sat down in the presiding officer’s seat, guy grabbed by the shoulder, said: ‘you’re under arrest,’” Biden said at the time.

“Literally nine years later, as I walked onto the Senate floor through the same door, that same guy, cop, said to me, ‘Senator, you remember me?’ I said, ‘geez, I don’t.’ He said, ‘I arrested you nine years ago…welcome back.’

Biden’s story of being arrested at the Capitol has yet to be validated considering the former Vice President has a history of claiming he was arrested.

Last year, the Biden campaign backed off after Biden claimed he was arrested while trying to meet with Nelson Mandela during a trip to South Africa.

“He was separated from his party at the airport,” Biden deputy campaign manager Kate Bedingfield said at the time. “They, he was not allowed to go through the same door that the — the rest of the party he was with. Obviously, it was apartheid South Africa. There was a white door, there was a black door. He did not want to go through the white door and have the rest of the party go through the black door. He was separated. This was during a trip while they were there in Johannesburg.”

“When making that remark, he was talking about his long record fighting apartheid; he was one of the leading voices in the United States Senate in the ’80s,” Bedingfield continued.

The comment from Bedingield came after Biden told a crowd: “This day, 30 years ago, Nelson Mandela walked out of prison and entered into discussions about apartheid,” he told supporters in Columbia, South Carolina. “I had the great honor of meeting him. I had the great honor of being arrested with our UN ambassador on the streets of Soweto trying to get to see him on Robben Island.”

What are your thoughts? Let us now in the comments below!

He needs to b impeached

I can’t stand watching his face on tv. Impeach him for not having USA first!