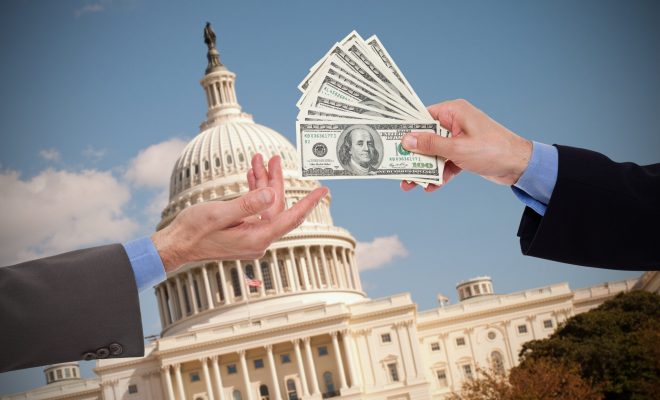 Hunter Biden And His Firm Took In $11 MILLION

In the proverbial saying, “the elephant in the room’, there is an issue, and/or a person(s) whom the collective knows something about, but no one wants to say anything as it would dramatically alter the environment for all.

After 3 plus years of intense investigations, and political debates, Hunter Biden’s business dealings with a foreign corrupt energy company and the Chinese government, are well known, but the left doesn’t want to talk about it openly.

In addition, an abandoned laptop of Hunters, containing thousands of revealing emails, plus images and videos of Hunter’s sexual escapades, which would typically get Americans in trouble with the law, was held by the FBI close to a year before the 2020 elections. Their reasoning is still up for debate but the establishment might have been keeping a lid on it to help Hunter’s father, Joe Biden, to get over the finish line in the swing states on his way to becoming the 46th President of the United States.

Why would some Democrats who were elected to the United States Senate, and agreed in their oath of office; I do solemnly swear (or affirm) that I will support and defend the Constitution of the United States against all enemies, foreign and domestic; to not want to find out once and for all what Hunter did, and who else benefitted?

According to an NBC News analysis of a copy of Biden’s hard drive and iCloud account and documents released by Republicans on two Senate committees, from 2013 through 2018 Hunter Biden and his company brought in about $11 million via his roles as an attorney and a board member with a Ukrainian firm accused of bribery and his work with a Chinese businessman now accused of fraud,

A Senate report from September 2020 revealed that Hunter Biden raked in $6 million over nine months from his Chinese business dealings including a $5m payment from a Chinese energy company with ties to the Communist party and $1m for work with an associate who was later jailed for bribery.

The report’s conclusion was that Hunter Biden was able to ‘cashed in’ because of his relationship with the former then Vice-President under Barack Obama, Joe Biden. CEFC’s founder and former chairman Ye Jianming also gave Hunter a 2.8-carat diamond after a business meeting in Miami.

According to the Senate report Hudson West III, a venture-funded by CEFC and its chairman Ye Jianming, paid $4,790,375.25 to Owasco P.C. over about one year. Owasco P.C. is controlled by Hunter, according to Washington, D.C. filings.

In a 2017 email sent by Hunter’s business associate James Gilliar, he wrote that Hunter would hold 10% of the equity in their multi-million-dollar deal with Chinese government-linked firm CEFC on behalf of ‘the big guy,’ a reported but unconfirmed reference to Joe Biden.

Joe Biden has always insisted he had no involvement in his son’s business dealings.

A common talking point the GOP brings up when explaining their belief that Hunter was part of multiple quid pro quo deals, they point out that from 2014 to 2019, an overseas gas company, Burisma Holdings Ltd. was paying Hunter $83,333 a month to sit on its board, invoices on his abandoned laptop show.

The glaring issue is Hunter did not have any experience in the gas industry, yet he was paid over 1 million dollars a year from a corrupt company called Burisma, in a country, where his father, the Vice President, was a liaison for President Obama.

Burisma has been accused of bribery and money laundering. In March 2016 Biden as vice president threatened to withhold $1 billion in aid to Ukraine if the nation did not fire prosecutor Viktor Shokin. Biden says he wanted Shokin out because he was corrupt, Shokin says Biden had him fired because he was looking into corruption at Burisma.

Under growing immense pressure, Hunter stepped down from the company’s board in 2019 after his father won the nomination and more focus was shining on the family overall.

This issue of Hunter’s corrupt business dealings will not go away as both nations involved with Hunter are now benefitting from the Biden administration.

Over 40 billion dollars in military aid is on its way and Communist China is benefiting from reduced sanctions and other trade concessions made by the Biden administration.

To conclude, the elephant in the room is the corrupt actions of the Biden family, but until the 79-year-old, mentally declining man in the Oval Office steps down or is forced out, most in the room are still going to say silent, for their careers and possibly their very one lives’ sake.