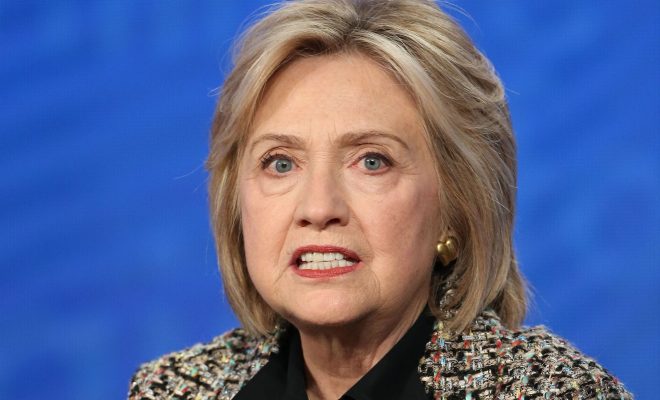 Democrats have continued to escalate their rhetoric against Republicans ever since President Joe Biden called Trump supporters ‘semi-fascists’ and said that they were a threat to Democracy in his infamous ‘speech from hell’ in Pennsylvania.

Some would argue that the escalation started with Presidential candidate Hillary Clinton in 2016 when she called supporters of President Trump a ‘basket of deplorables’ during her campaign.

Clinton reportedly has no plans to run for President again after losing the Democratic Primary in 2008 and the general election in 2016, but she has remained vocal since losing to Trump.

In a Friday interview with the Texas Tribune, she compared Trump rallies to Nazi rallies because people at an Ohio Trump rally for Senate candidate J.D Vance allegedly had their arms raised.

Representative Tim Ryan (D-Oh.), who is running against Vance, reportedly said that it is important to ‘kill and confront’ the ‘extremist’ movement in the Republican Party.

“I remember as a young student trying to figure out how did people get basically drawn in by Hitler? How did that happen? And I’d watch newsreels and I’d see this guy standing up there ranting and raving, and people shouting and raising their arms. I said, what’s happened to these people? Why did they believe that?” Clinton, who was defeated by Trump in 2016, asked.

“You saw the rally in Ohio the other night, Trump is there ranting and raving for more than an hour and you have these rows of young men with their arms raised,” Clinton continued.

Clinton has previously criticized Trump’s supporters, most notably during her unsuccessful 2016 campaign.”

Related Items
USA First Reporting
← Previous Story Trump Speaks The TRUTH, Declares What Must Be Done To Save The Country From The RADICAL Left
Next Story → HUGE! New York Judge Strikes Down Vaccine Mandate For New York Police