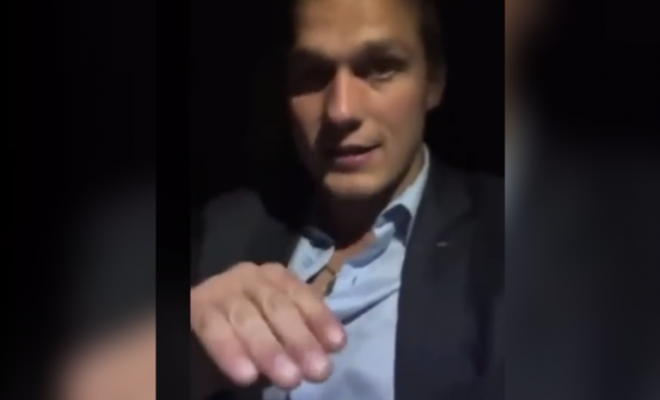 Here Are The 135 Republicans Who Just Voted For Red Flag Gun Confiscation!

While you were distracted with the Arizona Audit, Congress (including 135 Republicans) the House of Representatives just passed a new Red Flag Gun Confiscation law.

How did they do it?

With the help of 135 Republicans joining with the Democrats to pass something so clearly unconstitutional.

Red Flag laws violate the Second Amendment and deny citizens Due Process – they should have no place in the FY 2022 NDAA.

Make your voice heard. Tell Congress to vote NO on H.R. 4350. https://t.co/eJMuGg231R pic.twitter.com/zOAf8NgSak

It looks like they’re trying to do the confiscations through the military.

A provision in the 2022 National Defense Authorization Act would allow military courts to issue protective orders that include “Red Flag” gun confiscation, according to the more than 1,300-page bill.

In the legislation, those beholden to the United States Code of Military Justice could be issued a “military court protective order” by a military judge or magistrate, which would make “possessing, receiving, or otherwise accessing a firearm” illegal.

Additionally, military court protective orders issued on an emergency basis are exempted from providing the recipient with the standard “right to due process.” Instead, “notice and opportunity to be heard” must only be provided after an order was already issued.

“EMERGENCY ORDERS.—A protective order on an emergency basis may be issued on an ex parte basis under such rules and limitations as the President shall prescribe,” the section continues. “In the case of ex parte orders, notice and opportunity to be heard and to present evidence must be provided within a reasonable time not to exceed 30 calendar days after the date on which the order is issued, sufficient to protect the respondent’s due process rights.”

Gun Owners of America (GOA), a pro-Second Amendment gun rights advocacy group, warned the military gun confiscation orders could provide lawmakers with a precedent to extend the rule to the general population.

“Like the proverbial camel’s nose in the tent, allowing this provision to remain in a bill pertaining to the military will eventually work its way into legislation applying to the rest of the population,” GOA wrote. “That’s why we need to raise our voices in unison against these gun confiscation orders.”

So which Republicans voted for it?

Unfortunately many names I did NOT expect to see on here:

Madison Cawthorn appeared to panic when word got out he was one of the traitors….

He recorded this video in his car to do damage control:

Cawthorn hits the panic button tonight, firing off a video from his car. He has been getting called a traitor all day after voting for the “red flag” gun bill. “I have not betrayed anybody in the 2nd Amendment community. I will always have your back. I’m armed every single day.” pic.twitter.com/91yUw5GFGW

What do I know, but perhaps instead of relying on the Senate to do your job, maybe you and your 134 RINO buddies should have just fucking voted NO and sent it back to be deleted before it would get your vote.

I mean, I’m no “Congressman” or anything, but that’s what I’d do.

You piece of shit RINOS.

Even the ones we thought were good are selling us out.

Are people aware of what happens when someone triggers a red flag law?

They send armed police to your house. Armed police who have been told you are armed with a firearm and present a risk to yourself and others. And they attempt to retrieve your guns.

Leave a comment below if you think each one of these 135 Republicans should be VOTED THE HELL OUT OF OFFICE!

The reps that voted for the red flag bill will no longer get my vote.

I thought Republicans wanted to vote according to their constituents wishes. We do not want the red flag laws. They are dangerous and take away our rights. Didn’t you read the darn bill before voting? This is horrible.

Start with Crenshaw I new he was a Rino from the start . Calls himself millitary huh .trader

That STUPID S.O.B. says he is armed everyday..but signs this SHYT??? WTF is wrong with this clown…he is DONE, we don’t need freaking marxists in our govt…I am saving this list of a.h.’s and WILL REFER TO IT ON ELECTION TIME!!

The stupid son-of-a-bitches undoubtedly don’t realize or don’t care that there are thousands upon thousands of retired military and law enforcement personnel, like myself. These cowardly traitors pass out their vote for me cards at election time all the while stabbing us in the back. I don’t want to know them, I don’t want to see them and I could care less if all of those slimy invertebrates die! God bless America 🇺🇸 and the great state of Israel 🇮🇱 🙏 👏.

Why wait for the elections, they voted for their selves not the people. They can be removed from office by the people, it is our right. Also very legal.

My guess…Fed Gov will fix it so you can’t vote them out.