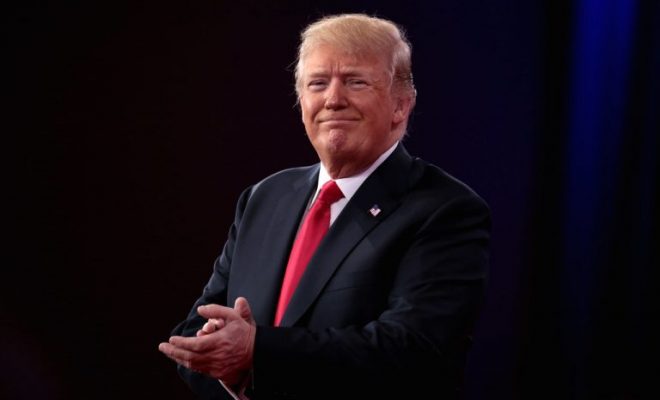 Have You Heard of the “Devolution” and Trump’s Return?

I learned a new word and a new concept tonight: “devolution”.

I like to think of myself as fairly well informed, but this is a new one to me.

And I’m so glad I learned about it because it’s REALLY exciting!

So what does it mean?

Praying Medic did a great summary that will get you started in understand this concept:

A few weeks ago, my wife came across a series of articles written by an anonymous blogger who proposed the possibility that President Trump’s administration is covertly being preserved by the U.S military through a process called devolution. I realize that this idea may sound unbelievable and many people who could not mentally adjust to Trump’s election loss convinced themselves that he had somehow managed to remain President. In their minds, Trump was still occupying the oval office, and Biden was on a TV set somewhere. This is not one of those theories. Rather, it is the logical conclusion one might arrive at if they had conducted an enormous amount of research.

The word “devolution” as it is used in the context of government refers to the delegation of powers from a central government to regional or local entities. As it pertains to this discussion, it suggests that Trump and the military have established regional hubs of governmental authority and this fact is known only to those who are directly involved. A number of people have uncovered documents and pieced together key events supporting the idea that Trump put in place a mechanism by which he could remain Commander in Chief, even as Joe Biden appears to be President.

The premise that Trump could do this is based on the idea that America has been in an undeclared war with China since at least January of 2020. Trump has said on several occasions that when China allowed covid-19 to escape Wuhan, they committed an act of war. When the U.S. is at war—even when it is an undeclared war—the President has powers not available to him in peacetime. These powers do not require congressional approval and many times when they are exercised, the public is not aware. The President can, in wartime, take whatever steps are deemed necessary to save the Republic.

The devolution theory revolves around a number of presidential memoranda, executive orders, and odd personnel changes made in 2020 related to national security. The key players involved are Chris Miller, Kash Patel, and Ezra Cohen-Watnick, who held positions in the Pentagon and the National Counterterrorism Center prior to, and after the election.

Central to the devolution theory is that Trump knew the election would be stolen by a foreign power, and he viewed this as an act of war. In response, he preemptively and covertly took steps to invalidate the outcome of the election. The measures he took are known only to a handful of people, but they effectively make him the true Commander in Chief. A decision was made to allow the public to believe Joe Biden is President, but at a later date, we will be informed of the truth.

Further, the theory proposes that a few key military assets around the country are covertly supporting Trump, while most of the military believes Biden is calling the shots. At a future time—perhaps when indisputable evidence of election fraud is made public—the military and Trump will make their big reveal.

Members of Special Operations teams are selected from a large number of applicants based on specific criteria including loyalty. You’re not going to find wokeism being promoted in their ranks. These men and women are patriots, and the devolution articles suggest that these are the very people Trump is working with.

You can watch the interview here:

From the Newsweek Article
The article was published March 18, 2020, and claims, “Standby orders were issued more than three weeks ago to ready these plans…”. That means in February of 2020. Trump had ordered the military to review and prepare the continuity of government plans. I think the timeline of this is essential.

Note this article regarding a “fringe theory” being thrown around by Senator Tom Cotton and notice the date. A “theory” stating the virus originated from a biosafety lab pops up around the same time Trump is ordering the military to prepare continuity of government plans.

Today we know that this “theory” is almost certainly true. It’s safe to assume military intelligence was all over this at the time, even though Trump didn’t publicly state that he had seen evidence that the virus came from the lab until May 1, 2020.

There is so much disinformation still surrounding the Covid-19 pandemic and that is by design. Was it an accident? Was it a bio-weapon? Depending on the platform you use, you may not even be allowed to ask those questions. However the answer to those questions is key to the Devolution theory because it was the launching pad for the theft of the 2020 election and ultimately the pretext for Trump having our military prepare for Devolution.

If you look objectively at Trump’s handling of China, his policies were pro-American rather than the pro-China approach of previous administrations. In August of 2017, he directed the Office of the United States Trade Representative to investigate Chinese economic practices. Their subsequent report attacked many aspects of China’s monetary policy.

Trump began imposing tariffs on Chinese products referencing “a trade deficit of $500 Billion a year with Intellectual Property Theft of another $300 Billion.” (I’ll cover this IP theft in a future post) These tariffs led to a “trade war” that culminated in the Phase One trade deal signing on January 15 of 2020.

Why is that date important? Because the very next day, Trump’s impeachment trial in the senate began.
Think back to August 2019.


The pressure is building on the Biden family for their ties to Ukraine and China. It almost feels like Durham would drop the hammer any day on the Obama administration for Spygate. The “Whistle-blower” comes forward with the quid-pro-quo accusation, and an impeachment inquiry in the House of Representatives is underway. However, with a Republican majority in the Senate and no evidence of a quid-pro-quo, everybody knows the President will be acquitted.

The America-first platform Trump campaigned on was working. The economy was booming. He was winning the “trade war” with China. None of the scandals thrown at him had stuck. He was unscathed through Impeachment. Along with the other two most significant threats to America (Democrats and the media), China was desperate to get Trump out of office. China favored a Biden presidency, and as found on Hunter Biden’s Laptop; they would have an equity stake in the Biden administration.

Although the fake polls said otherwise, the Democrats appeared to have little chance in 2020. The momentum was palpable. The only way the democrats would be able to win the election was to steal it.

How convenient that Covid-19 would present them such an opportunity.

Now you can decide for yourself whether the leak was intentional or not, but what did PDJT himself say?

“We went through the worst attack we’ve ever had on our country”.

There are thousands of examples out there just like these and even a few prior to 2020:

https://www.cnn.com/2016/11/27/politics/donald-trump-voter-fraud-popular-vote/index.html
So what do you do as President when you know fraudulent activity runs rampant through our federal elections? You take action. Everybody underestimated Trump during the 2016 election. There was still fraud, but he was able to overcome it. They were underprepared because they believed their own fake polls and thought Trump had no chance. He knew just like everybody else, that cheating was their only path to victory so he prepared for it.

On May 11, 2017, he established the Presidential Advisory Commission on Election Integrity.

In September, he signed an Executive Order Imposing Certain Sanctions in the Event of Foreign Interference in a United States Election.

In November of 2018, he created the Cybersecurity and Infrastructure Security Agency.

In December of 2019 Trump created the Space Force.

I will cover his time in office in detail in a future post but these actions signify that Trump was proactively taking steps to deter an election theft.

President Trump, with assistance from the United States Military, caught our foreign adversaries aiding the democrats with the theft of an election. This is bigger than just mere corruption and scandal.

They let Biden assume office but it doesn’t mean anything. Any damage done can and will be reversed. They are basically playing house. Their time “in office” will only lead to more people wanting Trump back. Biden has no meaningful operational control over the military (I will cover that in a future post) and they won’t let any real harm come to us while the battlefield is prepped for whatever reveal is coming.

If you look at actions Trump took leading up to the election he was prepared for anything the democrats might pull. Our military intelligence (Space Force) monitored and captured the true vote count. I believe the audits will be eye-opening and kick everything off.

“If Trump had the vote count, why didn’t he do anything? Why haven’t we seen any “real” proof of voter fraud”?

Covid changed everything. When Trump said Covid was an attack, he stated that it was “worse than Pearl Harbor.” If PDJT had information that the Democrats would steal the election with help from China, that would be considered an act of war. Do you think that is something Trump would allow? Would our military let China install a puppet as President? We prepared for Devolution after gathering information on the lab leak and activated it sometime between November 3rd and January 20th.

“It’s too late, the electoral college voted for Biden”… “there is no legal precedent outlined in the constitution for him to be reinstated”.. Blah Blah Blah.

We are in a completely unprecedented situation.

If the military came out tomorrow and showed you definitive proof that China assisted the democrats in stealing the election, would you say, “oh well, no precedent. Can you show me to my assigned gulag?” or would you say “F&@% that, this can’t be allowed to stand.” Trump chose the latter.

We need to step back and review everything that has happened since the release of Covid. Our enemies conspired to attack the U.S.A. with a bioweapon to steal an election with one of our political parties. That is the actual coup.

We’ve been thinking too small.

Do you know who hasn’t been thinking too small?

This makes a LOT of sense. I’ll be watching this closely.

As a patriot mums the word then. Loose lips sink ships. Another hurry up and wait story but this one should be worth it.