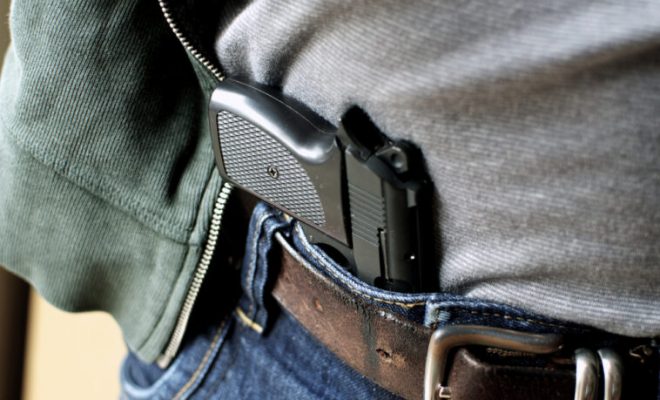 Gun Ownership Among Black Americans Rising and The Reason Is Telling

Gun sales are skyrocketing again in the U.S. thanks mostly to renewed vows from the Democratic Party and their titular leader, Joe Biden, to push for new restrictions on ownership.

While the language of the Second Amendment appears to be clear — the right to “keep and bear arms shall not be infringed” in any way, shape, or form — Democrats have never really considered that language to be definite in limiting governments from actually infringing on gun rights.

As such, whenever the party regains power and predictably begins talking anew about taking away guns, limiting access to guns, and making it more difficult to obtain guns, gun sales take off.

But there’s something different in the most recent sales spike: More black Americans than in previous times are plunking down cash and arming up, but not exclusively for the reason that Biden and a Democrat-controlled Congress are pursuing new gun control.

No, this time around, black Americans are increasingly concerned that when trouble arises, they’re going to be on their own because left-wing demonization of police in their communities and around the country have made their cities less safe and them, personally, more vulnerable.

The Daily Caller has more:

Over the past year, gun ownership has soared, particularly among black Americans concerned about self-defense.

Leon Spears, owner of D.C. Concealed Carry and a licensed firearms instructor, told the Daily Caller that he has seen a skyrocketing increase in gun sales among African Americans.

The primary reason for sales among blacks is “national civil unrest, anxiety with the pandemic regarding financial insecurities and the highlighted political topic of gun control,” he said.

“They’ve been thrust into … acting on their premonitions because of the most recent events,” he added.

During the first six months of last year, firearms purchases by black Americans rose more than 58 percent, according to a survey by the National Shooting Sports Foundation (NSSF).

“Once people are empowered with the principled idea that they have inalienable rights, the responsibility and value of respect of firearms comes to light,” Spears said. “The process empowers them to become confident with a firearm and traditionally transitions to concealed carry.”

And getting an education on issues including gun rights has become especially important to black Americans, said Spears.

“African Americans understand that there are guidelines to lawful gun ownership … Empowerment begins with education,” he said.

Gun sales among blacks has increased, in part, because of growing lawlessness in cities, thanks to the regularly demonization of police officers by the left, which has led to an officer exodus on the one hand and remaining officers doing less to put themselves in harm’s way (and risk their careers and even their freedom) on the other.

But also, blacks have seen some injustices, too, and are arming themselves to protect against those potentialities:

Some black gun owners bought guns because of shootings they saw on the news. A 63-year-old truck driver from New Mexico, Bruce Tomlin, told NPR he was never a “gun person” but after watching the video of the fatal shooting of Ahmaud Arbery, he decided to arm himself.

“The man is trying to get away and they’re just gunning him down in the street like he was a dog,” Tomlin said in reference to Arbery’s video. “It’s made me hyper-vigilant. It has made me nervous. I’ll even admit to being a little bit scared sometimes.”

Related Items
USA First Reporting
← Previous Story VIDEO: BLM Militants Draw AR-15s And AK-47s On Portland Motorists; No Police On Scene As Reign Of Terror Continues
Next Story → Video: Fed Up Parents Yell “No More Masks!”…Take Over School Board Meeting as Board Members Escape Out the Back
Subscribe
0 Comments
Inline Feedbacks
View all comments