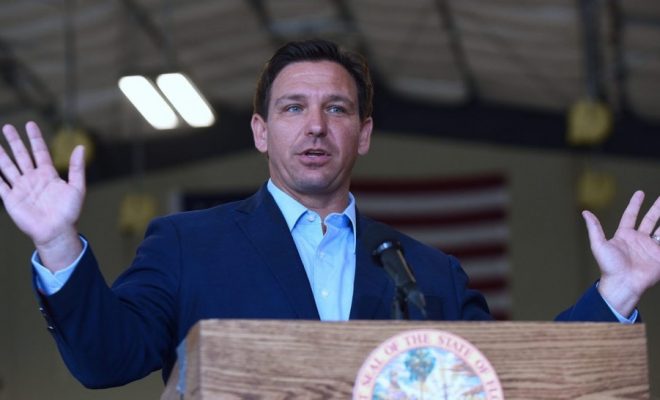 Republican Florida Governor Ron DeSantis on Wednesday informed unemployed Floridians during a Wednesday press conference that May will be the last month they can collect unemployment benefits without proving they are looking for work.

DeSantis, who had lifted the state’s policy requiring such proof because of the pandemic, said that reopened Florida now offers ample opportunity for employment, and capable residents need to get off the government dole, according to CBS Miami.

“Normally when you’re getting unemployment, the whole idea is that it’s temporary, and you need to be looking for work to be able to get off unemployment,” DeSantis said. “It was a disaster, so we suspended those job search requirements. I think it’s pretty clear now — we have an abundance of job openings.”

“We absolutely can put more people to work,” he continued. “The demand is there. Businesses want to hire more people, and I think we can go in that direction very soon.”

During the height of lockdowns in April 2020, Florida’s rate of unemployment was 13.8%, as reported by the Tampa Bay Times. In the most recent report from the state’s Department of Economic Opportunity, the rate had dropped to 4.7% in March, which is below the national average and represents approximately 475,000 unemployed people out of a workforce of 10.7 million.

“I think now we’re in just a different situation, you have a surplus of jobs, particularly in restaurant, lodging, hospitality, that people want to hire,” DeSantis said. “I mean, you see the signs all over the place. Look, that’s a good problem to have. But we also just want to make sure, like, look, if you’re really unemployed, can’t get a job, that’s one thing. But making sure that you’re doing your due diligence to look for work, and making sure those incentives align, better.”

DeSantis continued to criticize the federal Centers for Disease Control and Prevention about COVID-19 precautions that have idled the cruise-ship industry in Florida. Also, he said some restaurants are closing one day a week because they don’t have enough employees.

DeSantis somewhat dismissed the premise of a question about whether people were taking advantage of changes in the unemployment system. While Florida offers low state benefits, many unemployed people also have been eligible for federal jobless aid.

“I don’t think it’s manipulation. You know, whatever the benefits are, people are availing themselves of it. That’s not their fault,” DeSantis said

DeSantis also announced this week that Florida will be sending $1,000 bonuses to every first responder who worked during the pandemic. “Some want to defund the police. In Florida, we’re funding them & then some…” he tweeted.

DeSantis is a rising star in the Republican Party, and some speculate he could be the party’s presidential nominee in 2024.