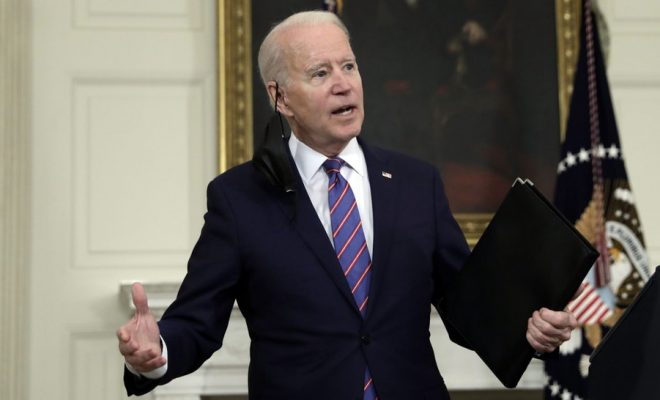 The Georgia county that was set to host the 2020 Major League Baseball All Star Game said over the weekend that it will lose more than $100 million after the league pulled the game and draft out of the state — a decision that comes after Democrats Madeline number of  false claims about the state’s new election law and signaled they would support the league boycotting the state.

Holly Quinlan, president and CEO of Cobb Travel and Tourism, said that the “estimated lost economic impact” for the county was more than $100 million.

“This event would have directly impacted our county and the state, as visitors spend their dollars on local accommodations, transportation, entertainment and recreation, food and retail throughout the county,” Cobb County Travel and Tourism said. “This would have been a big boost to Cobb businesses and help with recovery after the COVID-19 pandemic.”

The Atlanta Braves released a statement following the league’s announcement, saying that they did not support the decision and that they were “saddened that fans will not be able to see this event in our city.”

“Unfortunately, businesses, employees, and fans in Georgia are the victims of this decision,” the team added.

Democrat President Joe Biden and far-left activist Stacy Abrams were widely blamed for the league’s decision to pull out of the state because they promoted a number false and misleading claims about the state’s new voting law. An ESPN reporter said that sources inside the league indicated that the league’s decision was the result of “corporate sponsor pressure” and had nothing to do with players threatening to boycott.

“Today, @MLB caved to fear, political opportunism, and liberal lies,” Georgia Governor Brian Kemp said in a statement. “Georgians – and all Americans – should fully understand what the MLB’s knee-jerk decision means: cancel culture and woke political activists are coming for every aspect of your life, sports included. If the left doesn’t agree with you, facts and the truth do not matter.”

“This attack on our state is the direct result of repeated lies from Joe Biden and Stacey Abrams about a bill that expands access to the ballot box and ensures the integrity of our elections,” Kemp continued. “I will not back down. Georgians will not be bullied. We will continue to stand up for secure, accessible, fair elections. Earlier today, I spoke with the leadership of the Atlanta Braves who informed me they do not support the MLB’s decision.”

Former President Donald Trump repeatedly called for boycotts against MLB following their decision to pull out of the state. “For years the Radical Left Democrats have played dirty by boycotting products when anything from that company is done or stated in any way that offends them,” Trump said in a statement. “It is finally time for Republicans and Conservatives to fight back—we have more people than they do—by far!”

“Boycott Major League Baseball, Coca-Cola, Delta Airlines, JPMorgan Chase, ViacomCBS, Citigroup, Cisco, UPS, and Merck,” Trump added. “Don’t go back to their products until they relent. We can play the game better than them.”

This is why the state of Georgia needs to have voter ID so the elections in the future can no longer be aultered. Because we all know they were aultered.