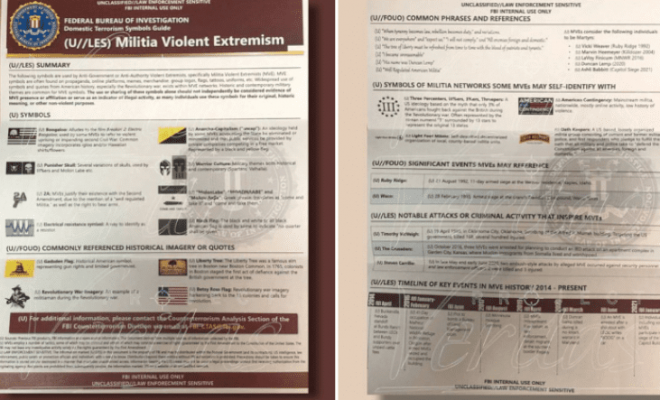 President Joe Biden recently convened a white supremacy summit called “United We Stand” on Thursday where he made the case that evil white people are America’s top terror threat.

“We need to say clearly and forcefully, white supremacy, all forms of hate… have no place in America,” Biden said at the summit. “As to those who say, we bring this up, we just divide the country — bring it up, we silence it, instead of remaining silenced. For in silence, wounds deepen.”

“It’s about power and profit. Too much hate that’s extremist violence has been allowed to fester and grow,” the fake president mumbled, trying to make the case that online platforms foment white supremacy by allowing free speech.

However, FBI insiders have reached out to Washington Times to say that Biden’s propaganda against white people is completely unnecessary, and the supremacy threat is far overblown.

“The demand for white supremacy…vastly outstrips the supply of white supremacy,” an FBI agent said, speaking under the condition of anonymity for fear of reprisal.

The agent said the feds “have already determined that white supremacy is a problem” based on their political agenda and are creating the rationale to crack down on their enemies under the guise of fighting white supremacy.

“We are sort of the lapdogs as the actual agents doing these sorts of investigations, trying to find a crime to fit otherwise First Amendment-protected activities,” he said. “If they have a Gadsden flag and they own guns and they are mean at school board meetings, that’s probably a domestic terrorist.”

The FBI is predictably lying and running cover to protect their ongoing Gestapo operations against American patriots.

“The FBI aggressively investigates threats posed by domestic violent extremists,” an spokesperson for the FBI said. “We do not investigate ideology, and we do not investigate particular cases based on the political views of the individuals involved. The FBI will continue to pursue threats or acts of violence, regardless of the underlying motivation or sociopolitical goal.”

Big League Politics has reported on how the FBI’s leaked training documents show how they are profiling constitutional-rights activists as terrorists:

“Project Veritas has obtained an FBI guide from a whistleblower that shows exactly how constitutionalists are being profiled as domestic terrorists by an illegitimate federal bureaucracy gone rogue.

The FBI is classifying people as potential “militia violent extremists” if they display “revolutionary war imagery” like the “Gadsden Flag” or the “Betsy Ross Flag.” Other symbols noted as potential symbols used by domestic terrorists include the 2nd Amendment emblem, the black-and-yellow flag of anarchocapitalism, Molon Labe, and the punisher skull logo.

Additionally, Ashli Babbitt, who was executed in cold blood by a Capitol police officer in the U.S. Capitol on Jan. 6, is listed as a martyr who inspires domestic terrorists. Ruby Ridge, Waco, and Timothy McVeigh’s Oklahoma City bombing are listed as catalyzing events for these FBI targets as well.

The actual documents leaked to Project Veritas can be seen here:

… The federal gestapo is coming to destroy the rights of the people. The cold civil war is on. Expect many false flags in the years to come to justify intensifying this crackdown.”

The feds are at war with the American people and using white supremacy as a cloak to perpetrated their wicked agenda. The Biden regime is illegitimate and despicable.