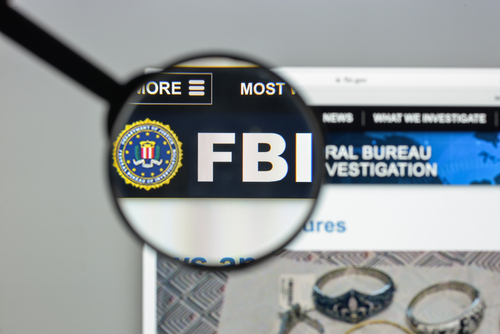 FBI Displaying Never Before Seen Level Of TYRANNY By Doing This

The valuables of 400 safe deposit boxes in Beverly Hills, California, were seized by the FBI during a laundering drug operation, according to a class action complaint filed against the United States government.

U.S. Private Vaults was raided in March 2021, and the company has since admitted guilt for conspiracy and financial fraud. However, according to the court records, the FBI is still keeping the entire content of boxes belonging to scores of individuals who have not been accused of any crimes.

“We brought suit on behalf of seven clients, but we were representing a class of at least 400 people,” said attorney Robert Frommer with Institute for Justice. “What we’ve been trying to show for the past several months is that the government’s actions violated the search-and-seizure protections of the U.S. Constitution in the Fourth Amendment.”

A temporary restraining order issued by U.S. District Judge R. Gary Klausner last year prevented the FBI from seizing assets from 369 boxes. According to Klausner’s judgment, “this notice, put bluntly, provides no factual basis for the seizure of Plaintiffs’ property whatsoever.” He brought up the Fifth Amendment’s protection against seizures without due process.

According to the Los Angeles Times, federal agents who went through the safe deposit boxes of U.S. Private Vaults wanted to retain $86 million in cash, collectible coins, jewelry, and rare metals because they believed the company was hiding profits from its drug sales. Although estimates vary, court documents reveal that the government seized 700 boxes and returned at least 430.

Joseph Ruiz, a jobless cook, had $57,000 of his life savings in his safe, and he was one of the victims who was able to reclaim his belongings. The FBI had claimed to a judge that Ruiz was an unregistered drug dealer, but the judge ordered the money returned after Ruiz showed that he had earned it legitimately.

According to recently revealed court documents, the FBI and the U.S. attorney’s office lied to the judge who approved the search warrant by failing to disclose their intention to seize the property at issue permanently.

This order does not permit a warrantless criminal search of the items in the deposit boxes, but the judge has authorized an inventory and inspection. Nonetheless, the government has been accusing box owners of numerous offenses without providing evidence, as reported by the Los Angeles Times.

Sometimes officials would decide there was too much money hidden there because drug-sniffing dogs detect traces of narcotics on the bills. The glassmaker in question had $340,000 stashed away in a safe. A judge dropped the man’s case for lack of evidence after he had been accused of narcotics trafficking, racketeering, and fraud.

Two brothers were arrested and charged with being accomplices of armed robbers after the government discovered $960,100 and $519,000 in their respective boxes. According to Robert E. Johnson, Ruiz’s attorney, “the government’s view is that holding cash makes you a presumptive criminal, and I think every American should be disturbed about that.”