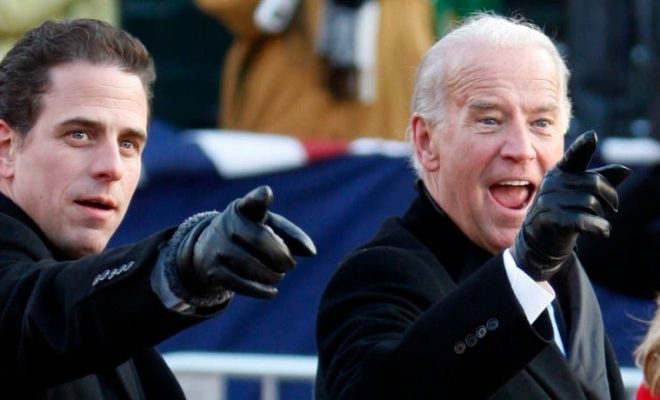 The corruption of the Biden family continues to be exposed.

It has now been revealed that Hunter Biden used several burner phone applications from 2014 to 2018.

These are used to “used to generate alternate phone numbers capable of making calls and texting from a primary mobile device.”

You do NOT want to miss this: Bezos & Musk investing billions to transform America

Hunter Biden bought and used burner phone applications from the Apple app store from 2014 through 2018, records on a copy of his abandoned laptop obtained by the Washington Examiner show.

The applications — Phoner, textPlus, and WePhone — gave him the ability to generate new phone numbers capable of making calls and texting from his iPhones and iPads, said Konstantinos “Gus” Dimitrelos, a former Secret Service agent and cyber forensics expert who examined a copy of Biden’s abandoned laptop for the Washington Examiner.

“The file contained over 2,000 purchases by Robert Hunter Biden and dozens of purchases of burner phone apps, which are used to generate alternate phone numbers capable of making calls and texting from a primary mobile device such as an iPhone or iPad,” Dimitrelos said.

Hunter Biden made multiple purchases with each of the burner phone applications. Item descriptions for the purchases include “Unlimited Mexico Calls,” “Unlimited Calling US & Canada,” and “Second Phone Number Yearly.”